Diversification Strategy Away From Oil On UAE’s Main Agenda 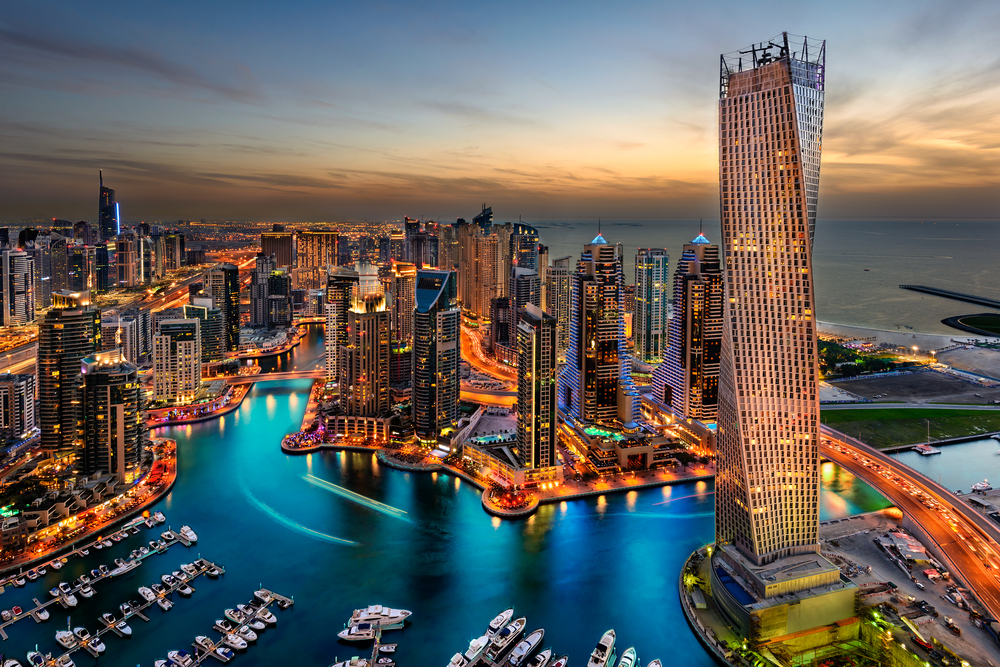 Similar to other oil exporters, the United Arab Emirates (UAE) are caught in this current of low commodities’ prices. However, Dubai in specific is moving forward with its diversification strategy away from oil as several mega projects are in the pipeline along with newly implemented legislations. To list a few, Dubai launched the “Museum of the Future”, the “Bluewaters Island”, the “Dubai Creek Harbour”, and Dubai Water Canal. In addition, the $1.4B “Royal Atlantis Resort and Residence” being in its early stages, was recently named in the top 10 global influencers for new luxury developments. A new legislative policy is also on the works in Dubai, to be implemented in November. In details, the legislation aims the support of  private investments in order to expand infrastructure, including  Maktoum International (DWC), the city’s metro and towers associated with 2020 World Expo site. In Abu Dhabi, a new policy that sets affordable housing targets for developers could be introduced before year end. Quotas will be set to developers to achieve 20% of affordable houses within new housing projects.

On the economic level, the estimated real GDP growth, revised downwards by the International Monetary Fund (IMF), stands at 3% in 2015, significantly lower than the 4.57% recorded in 2014. This goes in line with the 45% fall in international oil prices since June 2014, noting that about 60% of the UAE government revenues were generated from the oil and gas sector in 2014. In another context, the UAE’s Purchasing Managers’ Index (PMI), which illustrated the performance of the non-oil producing private sector, declined from 57.6 in September 2014 to 56.0 in September 2015, yet still indicative of solid business expansion. The decline in the PMI is mainly attributed to new export levels falling for first time since May 2010 and jobs’ growth easing to a six-month low. Looking at the average inflation for the two largest Emirates by August 2015, Consumer Price Index (CPI) in Abu Dhabi added 6.12% y-o-y to 137.24 while Dubai’s CPI increased by 4.41% y-o-y to 126.02. In Abu Dhabi and Dubai, the main rise in prices was in “Housing and utility costs”, “Furniture and Household Goods”, “Education”, and “Restaurant and Hotels”.

As for tourism, it’s not surprising that Dubai International (DXB), the world’s number one airport for international passengers, had won two awards in the past several months, of which the best airport in the Middle East and the first rank in the World Routes Marketing Award 2015. In terms of passenger traffic,  it progressed by a yearly 12.9% to 44.98M up to July 2015, compared to 39.83M over the same period last year. Improvement can also be seen regarding Al Maktoum International (DWC) as cargo volumes continue to rise sharply in the first half of the year. In details, freight volume in tonnage jumped by 42% yearly by June 2015 to 443,012 tons.  The Emirates’ hotel industry kept on showing healthy activity, as Dubai’s hotel (4 and 5 stars) occupancy rate up ticked by 1 percentage point (p.p.) y-o-y to 79% by September 2015 while the average room rate (AVR) dropped by 6.7% annually to $243 over the same period. Notably, the 79% level coupled with an AVR of $243 is still considered to be the highest in the region. Abu Dhabi’s hotel occupancy rate wasn’t far off, holding 3rd place at 76% (1 p.p. yearly decline) by September 2015, with an AVR of $173 (same level as last year).

The biggest impact of the drastic decline in international oil prices is expected to hit Emirates external position. Accordingly, UAE’s current account balance (including services, income and transfers) is expected to narrow by a yearly 80.27% to $10.71B by end 2015. This could be mainly attributed to the 37.62% estimated annual tightening of UAE’s trade surplus from $130.4B in 2014 to $81.32B in 2015. Even though total imports are projected to drop over the same period by 5.84% y-o-y to $226.36B, trade surplus will probably contract due to the 17.02% decrease in overall exports (hydrocarbons and non-hydrocarbons). In the same context, hydrocarbon exports are expected to drop to $61.43B in 2015. As for non-hydrocarbon exports, an annual 4.99% decline is forecasted to $246.21B.

On the monetary front, money supply M3, declined by 1% from July 2015 to $363.49B in August 2015. This drop was brought about by a reduced M2 (0.8% down tick over the same period) coupled with a 2.6% decrease in government deposits.  Robust banking activity was depicted in the Emirates as illustrated by the 5.18% yearly growth in total assets, from $629.80B by August 2015 to $662.42B by August of this year. Furthermore, lending activity showed an improvement as it increased by an annual 4.59% to reach $367.79B over the same period.  Likewise total deposits (resident and non-resident) showed positive momentum, increasing by 1.15% y-o-y to $389.86B by August. In details, this slight progress was attributed to the 21.14% yearly surge to $43.72B by August in total non-resident deposits which outpaced the marginal 0.91% annual decline to $346.14B in total resident deposits, during the same period.