Home » MENA in a Glimpse » Lebanon: Political Difficulties Weigh Down on the Economy

Lebanon: Political Difficulties Weigh Down on the Economy 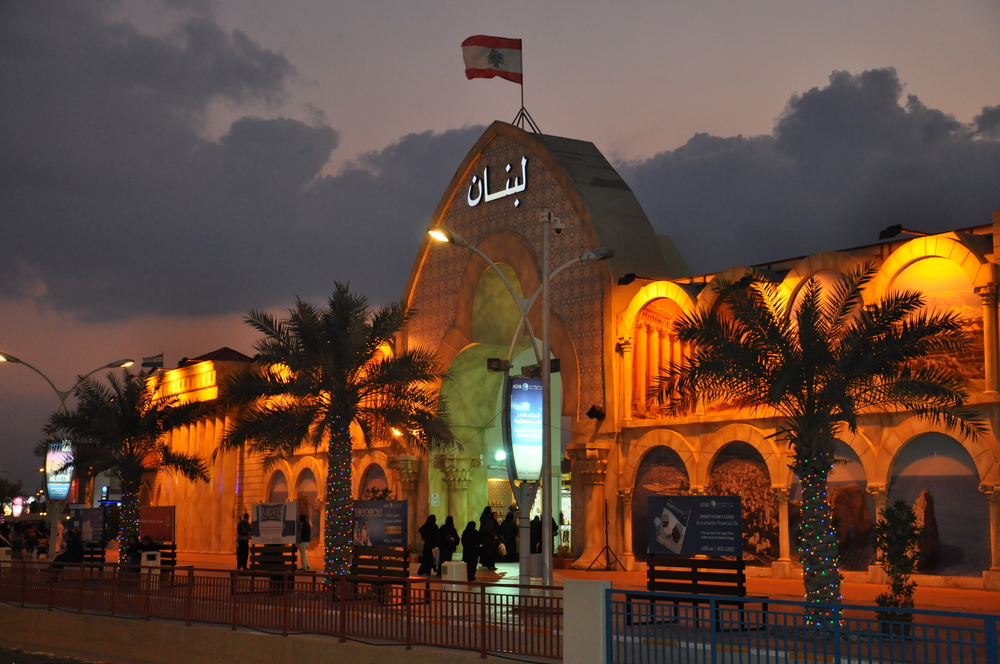 The municipal solid waste crisis has been the main highlight of the third quarter (Q3) in Lebanon. The forceful closing of the Naameh landfill resulted in trash being piled up on the streets, with no solution being put in place yet. Hence, activists have been protesting on the streets, pressuring the government to find a solution to the waste problem. 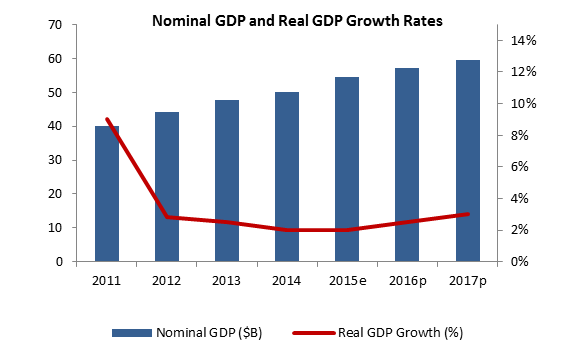 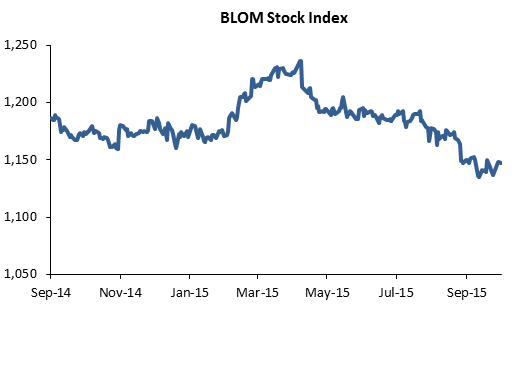 The International Monetary Fund (IMF) decreased its forecasted economic growth rate for 2015 from 2.5% to 2%. Similarly, the BLOM Purchasing Managers’ Index remained below the 50 mark, at an average of 48.4 points in Q3 lower than the average 48.8 points recorded in the second quarter of 2015.

The deflationary trend witnessed in Lebanon continued in the first eight months of 2015 as consumer prices declined by 4.60% year-on-year (y-o-y) to 96.37% by August 2015. The overall economic slowdown, the decline in oil prices, and the depreciation of the Euro against the dollar, are the main factors causing this deflationary pressure.  Moreover, the fall in health prices since August 2014, following the Ministry of Health setting quotas on medicine prices, slashing them by up to 30% as of April 2014 has held back prices as well. “Food and non-alcoholic beverages” sub-index (20.6% of CPI) decreased by 1.17% y-o-y by August 2015. Moreover, transportation sub-index (13.1% of CPI) and “water, electricity, gas & other fuels” sub-index (11.9% of CPI), witnessed a yearly fall of 11.39% and 22.59%, respectively.

Looking at the real-estate sector, total transactions (local and foreign) declined by 12.18% annually to 51,572 worth $5.77B, by September 2015. In contrast, foreigners’ share of total real estate transactions went up yearly from 1.53% to 2.27% in the first 9 months of 2015. This improvement possibly came about as security developments settled in 2015, which positively impacted tourism activity and foreign investors’ sentiment.

Similarly, construction remained on its downtrend, with the number of permits falling 12.51% y-o-y to 11,227 by September. Noting that permits are usually issued at least 6 months after applications are filed, the drop in construction activity was due to the ongoing slowdown in the whole economy.

As for tourism, the number of incomers reached a 3-year high, as the Lebanese security scene preserved its stability. According to the Ministry of Tourism, the number of tourist arrivals surged by a yearly 16.03% to 1.18M by September 2015. Tourist spending in Lebanon grew 5% y-o-y in the first nine of 2015, according to Global Blue. Accordingly, hotel occupancy progressed, with the average rate adding 6 percentage points to 56% by September. Average room rate and average room yield inched up 4.5% and 17.20% to $179 and $101, respectively.

Lebanon’s BoP remained in the red for the first eight months of 2015, recording a deficit of $1.65B, almost four times higher than the $432.9M recorded a year earlier. The decline in capital inflows and Foreign Direct Investment (FDIs), as a result of the ongoing domestic developments and the regional upheavals, are the main reasons behind this deficit.

However, the trade deficit narrowed by 19.07% y-o-y by August, to record  $9.57B due to a 17.75% decrease in overall imports outpacing the 10.78% decline in total exports. The prominent trend of both the depreciating Euro and falling international oil prices are the main factors behind the contractionary trade deficit drift being registered since the start of the year.

The monetary front remained one of the most important mainstays supporting the economy, as BDL’s total assets increased 1.04% q-o-q, to stand at $91.63B by the end of Q3 2015. However, its foreign currency reserves narrowed 1.57% during the same period to $38.25B. Total assets at commercial banks expanded 3.37% since year start, to $181.62B by August.