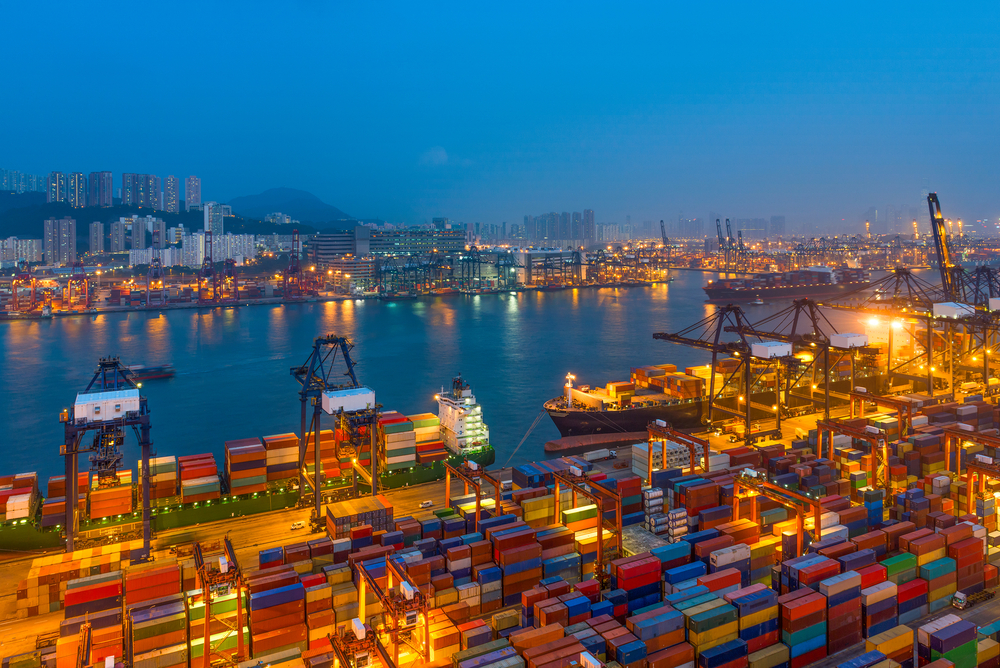 Lebanon’s trade deficit declined by 18.57% year-on-year (y-o-y) by September, to record  $10.67B due to a 17.38% decrease in overall imports outpacing the 11.10% decline in total exports. The prominent trend of both the depreciating Euro and falling international oil prices are the main factors behind the contractionary trade deficit drift being registered since the start of the year.

Total imports, in the first nine months of the year, amounted to $13.00B compared to $15.73B during the same period last year.

In addition, the value of “machinery and electrical instruments” imported went down by 6.41% y-o-y by September. Worth mentioning that the overall tonnage imported increased from 176,162 tons by September 2014 to 435,384 tons this year. Notably, in the month of April alone, 279,862 tons were brought into Lebanon, as electrical transformers were the bulk of those imports. With that in mind, the 6.41% decline came about from a price fall possibly on the back of deteriorating Chinese prices and the depreciating Euro since China and Europe sell about 40% of electrical appliances to Lebanon.

Total worth of “Products of the chemical or allied industries” entering Lebanon also downturned by an annual 5.55% while volume steadied at a level of 350,000 tons. The decline in value was possibly associated with a decline in the overall prices of chemical products as they are closely linked  to oil prices.

Notably, the three major countries that Lebanon imported goods from were China, Germany and France with respective weights of 11.89%, 6.94% and 6.06%.

Specifically, the value of exported “prepared foodstuffs, beverages, and tobacco” (16.24% share of total exports) experienced a yearly detraction of 6.06% by September despite the 13.35% rise in exported volume to 279,909 tons. The decline in prices may be aligning   with European prices, especially following the Euro depreciation in addition to the drop in costs due to the decline in raw material prices and their impact on input prices.

Furthermore, exported “pearls, precious stones, and metals”, constituting 14.88% of total exports, went down by 22.98% y-o-y by September. This was mainly due to the 37.5% plunge in the volume exported to 40 tons this year compared to a higher level of 65 tons recorded over the same period last year. In addition, “Machinery and electrical instruments” (13.99% share of total exports) underwent an annual 7.25% shrinkage on the back of the 17.91% fall in tonnage exported to 41,469  tons which was partially offset by a rise in export prices.

In terms of the major destinations of the Lebanese exports, United Arab Emirates, Iraq and Syria grasped corresponding weights of 10.46%, 7.61% and 7.42%.

Lebanon Imports/Exports by September (in $B) 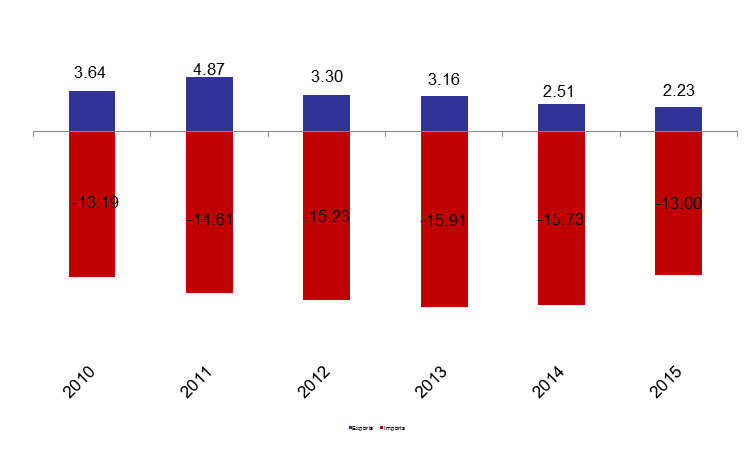 Low Demand for Lebanese Eurobonds as BBI Sheds a Weekly 0.75%
Dollar Appreciated vs the Euro on Friday