The largest bulk of tourist spending is accounted for by Saudi Arabian visitors with a share of 15% in the total, followed by 14% for the nationals of the United Arab Emirates, 6% for each Kuwait and Egypt tourists and 4% for Syria.

The capital Beirut is where 81% of tourist expenditures took place while 12% were disbursed in Mount Lebanon. In Beirut, tourist spending rose by 2% while it decreased by 6% in Mount Lebanon.

Evolution of Number of Refund Transactions in 2015 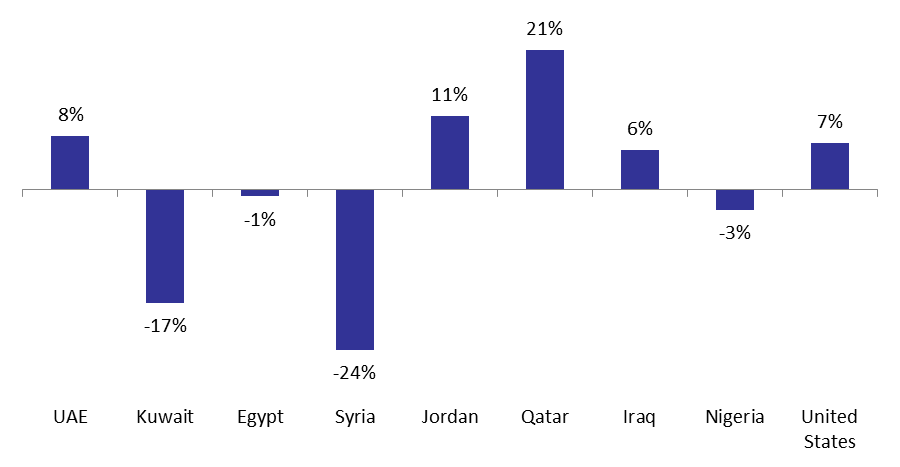