On the liabilities side, customers’ deposits at amortized costs increased 4.52% to $24.96B.

BLOM Bank’s strong financial position can also be mirrored by its 18% capital adequacy ratio (as per Basel III), a primary liquidity ratio of 67%, and a coverage ratio for non-performing loans of 153%. 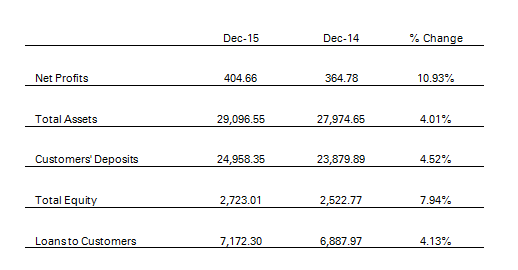