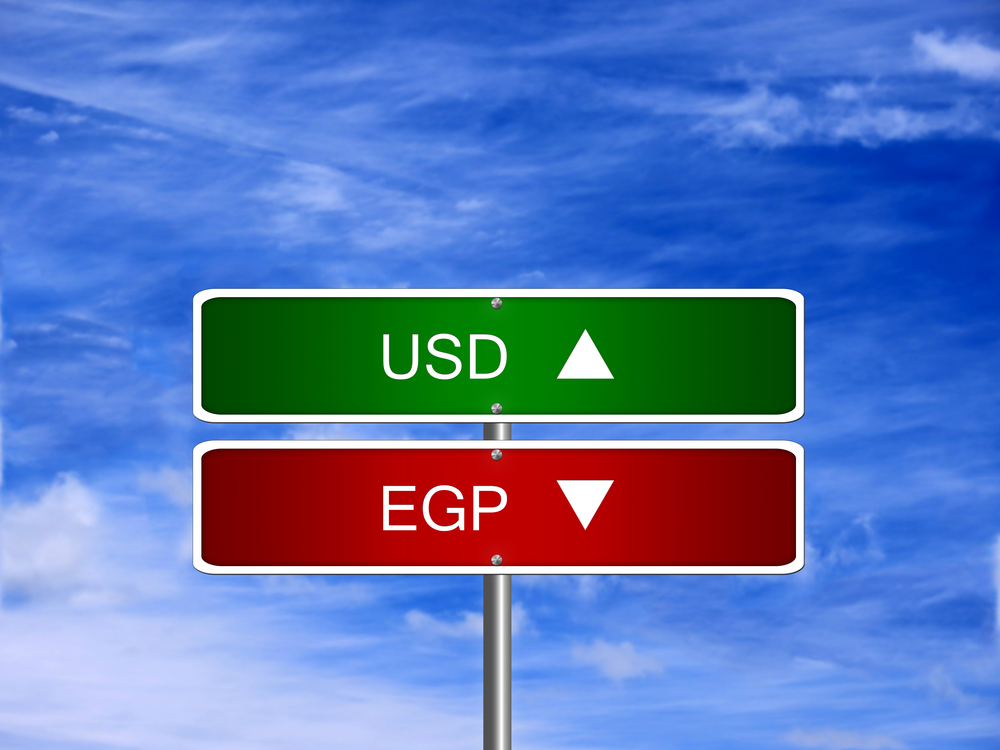 Egypt inaugurated 2016 with a bunch of new economic decisions and international deals topped by the Central Bank of Egypt’s (CBE) new monetary measures. As a matter of fact, the lack of net foreign reserves has been a continuing problem hindering Egypt from reaching its full potential in terms of attracting investors and generating new business opportunities. Despite the positive outcome of the central bank’s new monetary policy, the recent devaluation of the pound remained insufficient in boosting international reserves and eliminating the black market. The limitations resulting from the country’s capital control regulations are still weighing on investment and hence economic growth. The need to fully liberalize the market remains crucial in order to bolster investors’ confidence and attract capital inflows. 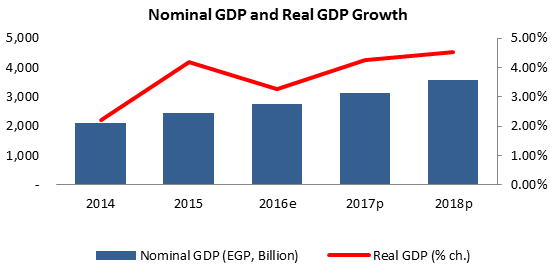 On a different note, cooperation between the country and China in the first quarter of 2016 resulted in 21 joint projects worth $15B aiming at supporting the Egyptian economy. The European Investment Bank (EIB) extended a €115M loan to build a wind farm at the Gulf of Suez in order to help Egypt in its electricity generation capacity,. Furthermore, Egypt signed a $5M agreement with the World Bank to improve transparency and regulations in the investment environment. Another partnership was established with the European Union which funded a €20M program to revitalize trade and the local industry, in line with the newly launched Sustainable Development Strategy for Egypt in 2030. The final draft of the strategy was concluded by February this year and targeted, by 2030, a Gross Domestic Product (GDP) growth of 12%, an unemployment rate of 5%, a poverty rate of 15%, a fiscal deficit of 2.28% and a private sector’s contribution of 75%.

The positive vibes that emanated at the beginning of the year were materialized in several residential schemes to tackle the country’s enduring housing deficiency. The Egyptian government has sealed 4 financing agreements valued at $381M to fund 1 million new housing units across the country’s governorates. In addition, Tahya Masr Fund (Long Live Egypt Fund), which was introduced in 2014, will allow the financing of the social housing scheme by securing $127.3M to build new housing units in 2016.

Even though official data revealed an improving economic growth in the Fiscal Year (FY) 2014/15, the International Monetary Fund (IMF) forecasted real GDP growth to slow down in FY 2015/16 to 3.3%, down from a 4.2% in the previous FY. During the first three quarters of FY 2015/16, the Purchasing Managers’ Index (PMI) revealed a contraction in the country’s non-oil manufacturing sector. Egypt’s PMI averaged below the 50 neutral-mark between July 2015 and March 2016 at 48.0 points, compared to the 50.2 reading registered during the same period a year earlier. Despite the authorities continuous efforts to contain inflation levels, the recent decisions to devalue the Egyptian Pound may have been behind the rising prices during the 3rd quarter of FY 2015/16. In fact, the main reasons behind inflation remaining at a single-digit level can be associated to the global weakening of commodity prices, the ongoing depreciation of the Euro and the bearish trend of oil prices since mid-June 2014. Inflation during July 2015 – March 2016 averaged 6.9% compared to 8.2% a year earlier, while average inflation rates during the first, second and third quarters of the year were 5.9%, 7.0% and 7.9%, respectively.

Egypt witnessed a deteriorating external position during the first half of FY2015/16. This resulted from a worsening current account, which more than offset the substantial surplus of the capital and financial account. In details, the balance of payments in Egypt recorded a $3.41B deficit between July and December 2015 compared to $1.02B a year earlier. As for the current account, the deficit more than doubled over the period reaching $8.92B, up from a deficit of $4.31B registered in H1 FY 2014/15. In fact, the 47.4% yearly drop in global oil prices in H1 FY 2015/16 barely eased Egypt’s external bill as revealed by the trade deficit that narrowed by 4.6% y-o-y to $19.46B. The country’s exports fell 26% y-o-y, while imported goods saw a 12.6% yearly fall in value.

On the brighter side, the economic summit held in Sharm el sheikh in March 2015 started bearing fruits as revealed by a considerable progress in investors’ willingness to place their funds in the Egyptian market. This was reflected by the rising surplus of the capital and financial account from $772.1M in H1 FY 2014/15 to $9.24B in H1 FY 2015/16. Among others, Foreign Direct Investments (FDI) grew 19.5% y-o-y to $3.07B, while the net outflows of portfolio investment in Egypt went down by 24.3% to $1.59B. 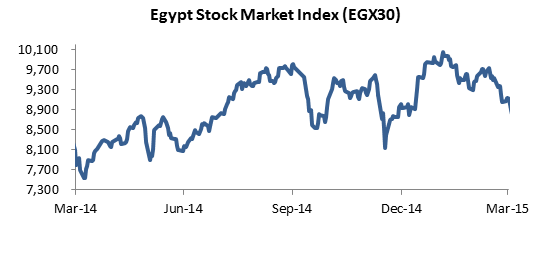 The suspension of British and Russian flights following the Russian aircraft crash in October 2015 triggered down tourism activity, with its repercussions extending till the end of the first half of FY2015/16. In details, the sector generated $2.71B in receipts over the period, down from $4.01B in H1 FY2014/15. This was also translated in lower tourists’ number that tumbled 17% y-o-y to 4.54M between July and December 2015. This came on the back of fewer European tourists, constituting 71% of total incomers to Egypt, which dropped 23% y-o-y to 3.21M in H1 FY2015/16. Also, a noticeable 28% yearly fall was recorded in terms of nights’ spent to 38,270.

Despite the negative performance noted in the first 2 quarters of the fiscal year and the terrorist attacks on hotels and tourists, progressing activity in the hospitality sector was depicted, spurring hopes regarding a potential improvement of tourists’ number in the third quarter of 2015/16. As a matter of fact, Cairo’s hotel occupancy rate averaged 58% during Q1 2016, up from 46% a year earlier. This has implied respective yearly rises of 12.5% and 41.2% in the average room rate and the rooms’ yield to $116 and $68.

Aiming at easing the shortage in Foreign Currencies (FC) and restore investors’ confidence in the Egyptian market, the Central Bank of Egypt (CBE) adopted a more flexible exchange rate regime, devaluated the Egyptian pound and lifted the monthly cap on dollar deposits and withdrawals for individuals, and companies importing basic goods and products. As a result, the exchange rate reached EGP 8.95/USD on the 14th of March, up from a level of EGP 7.83/USD by December 2015. In reality, the CBE is visualizing a $25B level of international reserves by the end of 2016 through several measures including the introduction of a US dollar Certificate “Biladi” to Egyptian expatriates and the increase of customs by 40% which will also help in protecting the national production. In fact, net international reserves stood at $16.56B by March 2016, up from the $16.45B recorded by the end of 2015 and the $15.29B in March 2015. In addition, the Monetary Policy Committee (MPC) rose on the 17th of March each of the overnight deposit rate, overnight lending rate, the rate of the CBE’s main operation by 150 bps to 10.75%, 11.75%, and 11.25%, respectively. The discount rate was also increased by 150 bps to 11.25%. Also, the CBE limited the tenure of executive officials in the Egyptian banks to 9 years in order to modernize the sector.

Regarding the Egyptian equity market, investors started the first quarter of 2016 with improving confidence following the decision to lift the monthly cap on dollar transactions for individuals on the 8th of March. The currency devaluation was another reason behind the increasing Egyptian stock index (EGX 30). In this context, the EGX30 added 7.4% from Q4 2015 to close at 7,524.99 points by March 2016. However, the market capitalization narrowed by 5.2% over the same period to $45.86B. This was mostly associated to the delisting of Orascom Construction Industries (OCI), noting that company’s shares had the heaviest weight of 26% in the EGX30. That said the volume and value of listed stocks progressed in Q1 2016 by respective levels of 5.4% and 29.7% y-o-y to 17.18B shares and $6.89B. Similarly, the number of transactions posted a 3.7% annual uptick in Q1 2016 to 1.57M.