According to the Ministry of Tourism, the number of tourists who visited Lebanon in the first four months of the year increased by a yearly 8% and totaled 428,947.

Arab tourists, representing the third of total tourists, saw their number rise by only 1% year-on-year to 140,307 by April this year. In details, the number of incomers from Iraq, who usually come to Lebanon to escape the tough conditions in their country rather than for tourism, grew by an annual 15% to 60,725 and the number of Egyptian tourists grew by an annual 9% to 25,891 by April 2016.

In late February, the diplomatic crisis between Lebanon and Saudi Arabia resulted in the issuance of travel bans preventing GCC nationals from going to Lebanon. Therefore, the number of incomers from Saudi Arabia, Kuwait and the UAE all registered annual drops of 39%, 35% and 51% to reach 9,639, 6,078, and 1,075, respectively.

Number of Tourists by April 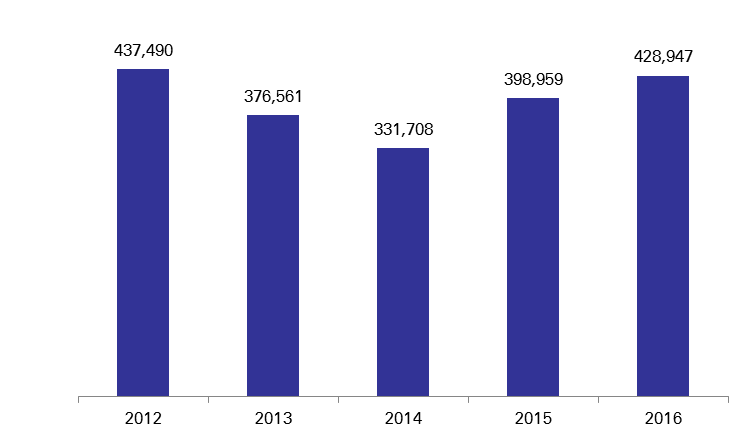