Lebanon’s Gross Public Debt Rose to $71.65B by April Gross domestic debt amounted to $44.02B by April and by that registered a 4.77% year-on-year increase while foreign currency debt reached $27.64B rising by a yearly 0.69%.

Net public debt, which excludes public sector deposits at commercial banks and the Central Bank, totaled $62.52B and rose by an annual 5.85%.

Lebanon’s debt burden, one of the highest in the world, has been consistently growing as a percentage of GDP and therefore needs to be reset on a more sustainable path. 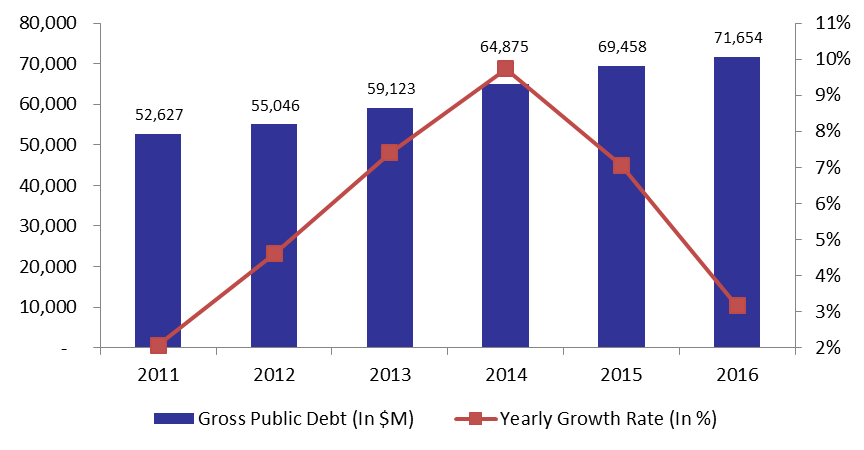