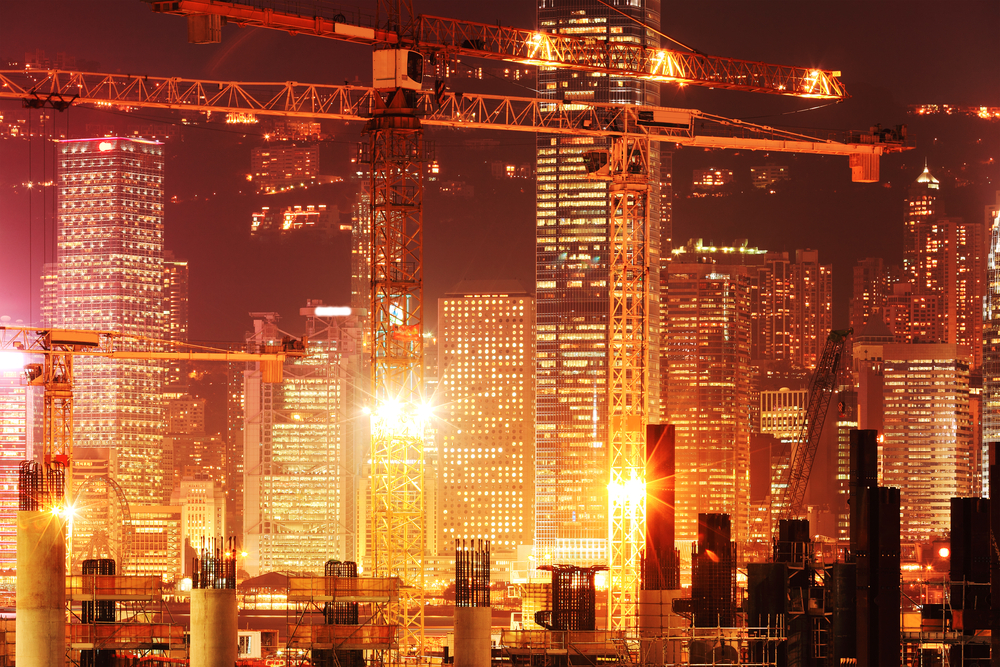 A version of this article appeared in the print edition of The Daily Star on March 16, 2017, on page 4.

Shortly after major political breakthroughs materialized by the end of 2016, all eyes turned on the effects of these events on the future performance of the Lebanese real estate market. As one of the core sectors of the Lebanese economy, real estate and construction activities constituted a considerable 20% share of Lebanon’s nominal Gross Domestic Product (GDP) in 2013.

This explains the importance of the sector amidst the spreading waves of optimism regarding the country’s economic prospects following the election of a president, after more than 2 years of political void, and the formation of a new cabinet. As a matter of fact, following a 26% decline in the total number of built real estate transactions between 2011 and 2015 to a record-low of 41,784 transactions, recovery began in 2016 with a marginal yearly growth of 2%, which can be attributed to the stabilization of the security situation and the major achievements on the political front.

As the commercial real estate sector in Lebanon is a barometer of investment appetite, tackling the trends impacting this market’s performance will provide an insight on the impact of the relatively improving political climate. Commercial real estate performance can be considered as a gauge trailing the activity of different economic sectors whether corporate, food & beverages or clothing. Hence, despite the existing slowdown in this market, new trends are emerging and affecting each of the retail and office sub-divisions.

Starting with the office market in Lebanon, the sector has been witnessing a slowdown in the past few years. In fact, office vacancy levels are estimated at an average of 26% inside Beirut and 33% outside Beirut. Commenting on the sluggish performance of Lebanon’s office market, Mr. Karim Makarem, Partner and Director at RAMCO, explained that “besides the negative impact of local political obstacles and worldwide economic volatility, there is currently a limited office demand as much of it has already found its supply. For instance, many large local institutions such as banks have already identified their headquarters.”

With an existing oversupply of office buildings, the remaining demand became more oriented towards very specific locations. For instance, office demand is high in new locations like Corniche el Nahr, whereas Hazmieh became the new hub for insurance companies. This came at the expense of vital office areas like the Beirut Central District (BCD), and mostly the Nejmeh Square, where rents have substantially dropped due to the strict security measures resulting from its proximity to the Lebanese Parliement. On a similar note, Mr. Emile Sabbagha, Managing Partner at Sabbagha Development, revealed that “Uruguay Street, which was a major nightspot and a location for several office buildings, lost its momentum due to the poor economic and political conditions. Before, we used to lease an office at around $450/sqm per year, nowadays rentals can go as low as $300/sqm per year”.

Moreover, developers were enticed to offer high-end offices with various amenities. According to Infopro, while some of the existing office buildings offer retail space, the amenities differ depending on the date of construction. In fact, most of the projects initiated after 2014 leaned towards grade–A office premises offering unique amenities such as Building Management Systems (BMS), secure underground parking, chilled water system, etc…

Looking more at the prices, office developers are drifting their projects to more affordable locations in Beirut’s suburbs. Given that the concentration of businesses remains in Beirut (estimated by Infopro at 42% of the total), the key locations are Verdun, Hamra and Charles Malek (Achrafieh). After compiling data from different market players, the sale price of an office at Hamra could touch the $6,000/sqm, while it hovers between $3,500/sqm and $5,000/sqm in Achrafieh. Similarly, yearly rental prices in Hamra average $250/sqm and could hit the $300/sqm in Achrafieh. However, prices outside Beirut tend to be reasonable with the main locations being Dora, Zalka, Jal el Dib, Sin el Fil and Dbayeh. For instance, sale prices in Dora average $2,500/sqm. As for rental fees in this area, they depend on the location of the office, being more expensive on the highway at around $140/sqm/year but can go as low as $90/sqm/year in nearby neighborhoods.

In the same context, the office sector is adhering to the new drift towards mixed-use projects and clustered office zones. According to RAMCO, the number of under-construction office buildings reached 34 across Municipal Beirut in 2016, compared to 37 office buildings in 2015. While some of these projects were initiated before 2016, several others remain in the pipeline. RAMCO says that currently one third of office projects under construction are mixed-use developments, signifying a growing trend. Mr. Mouhamad Rabah, President of Beirut Digital District (BDD), believes that “developers nowadays have to differentiate their products and offer added-value services to attract demand given the abundance of office buildings. In particular, clustering is beneficial for companies of the same industry as they can interconnect, share ideas and grow organically”. In fact, the BDD, considered the “Sillicon Valley of Lebanon”, was launched in 2012 to empower the digital and creative industries in one location over the coming 10 years. After the completion of the first phase in 2016, average yearly rentals varied between $200/sqm and $230/sqm depending on the office size and status. Likewise, Dbayeh will host the $1.8B Waterfront City project, which includes residential units, hotels, retail space, in addition to 60,000 sqm of office space. The project is expected to be delivered in 2018 with average prices hovering around $4,300/sqm.

Moving to the retail real estate segment, the proliferation of malls, and the serial “hopping” of dynamism from a nightspot to another, marked the past 10 years. While Monot lost its vigor after the boom of Gemmayze, the latter tasted its own medicine when the relatively cheaper Mar Mikhael thrived. In Verdun, the situation is expected to worsen on the outdated existing shopping galleries once ABC Verdun opens its doors in 2017. Hamra Street remained resilient to the waves of change with a full occupancy stretching between Costa Café and Roadster. According to Mrs. Lara Abi Abdallah Kanj, Blominvest Bank’s Head of Real Estate Unit, “Hamra is home to Beirut’s main universities and hospitals which make it an all-time fully occupied area characterized by a high rental turnover. However, will it be seriously impacted by the opening of ABC in the neighboring Verdun? That remains a big question mark.”

Even though malls remain the principal enablers of retail activity, these commercial properties also had to evolve in order to preserve their clientele. When malls started their journey in Lebanon more than 30 years ago, retail shops and restaurants rushed to lease spaces in these premises to benefit from unprecedented brand awareness. However, modernizing malls was necessary to preserve footfall through the provision of a variety of leisure amenities and services such as kids’ areas, movie theatres and spas. In order to reach a wider scope of clientele, malls had also worked on carefully choosing their tenants to preserve a well-defined tenant-mix in terms of available types of shops and cuisines/restaurants. Among other strategies, malls are trying to have one or more anchor tenants (one whose prestige and name recognition attracts other tenants and increases the footfall), even if they have to reduce rental fees to these occupiers.

While clothing stores still largely depend on malls to benefit from the highest footfall possible, the Food & Beverages (F&B) segment succeeded to thrive away from malls thanks to the new move towards F&B clusters. In this context, Mr. Wassim Hneine, the managing director of Emerging Investment Partners (EIP), revealed that: “In the past, the F&Bs main market players used to choose spots characterized by high footfall such as shopping streets or areas near office buildings. Our experience with the Backyard Hazmieh revealed that F&B clusters with their brand-mix were the secret recipe to cover a wider spectrum of clients”. Similar to malls, these clusters usually lease at a fixed rent or as a percentage of revenues, whichever is higher, with all provided amenities (security, electricity, etc…) billed to the tenant. Another $10M food cluster project (Restos Saint Nicolas) between Venture Group and Sabbagha Development will be brought to light in September 2017 at Charles Malek – Achrafieh.

By all appearances, it seems like commercial real estate in Lebanon is undergoing a period of slow down with developers struggling to weather the country’s frequent instabilities by sticking to new trends and locations. In a strained buyers’ market, this is a good-news/bad-news situation as some commercial streets are bearing fruits of these new tendencies, while others are struggling to persist.