Kafalat Guarantees Down in Volume and Value by February 2017 In terms of geographical allocation, Mount Lebanon accounted for 39.58% of all issued Kafalat guarantees, followed by 23.96% for the Bekaa and 14.58% for the South.

The sector which benefited from the largest number of Kafalat guarantees was the agricultural sector with a share of 46.88% of total issued guarantees followed by shares of 27.08% and 17.71% for the industrial and tourism sectors, respectively.

Volume and Value of Kafalat Guarantees by February 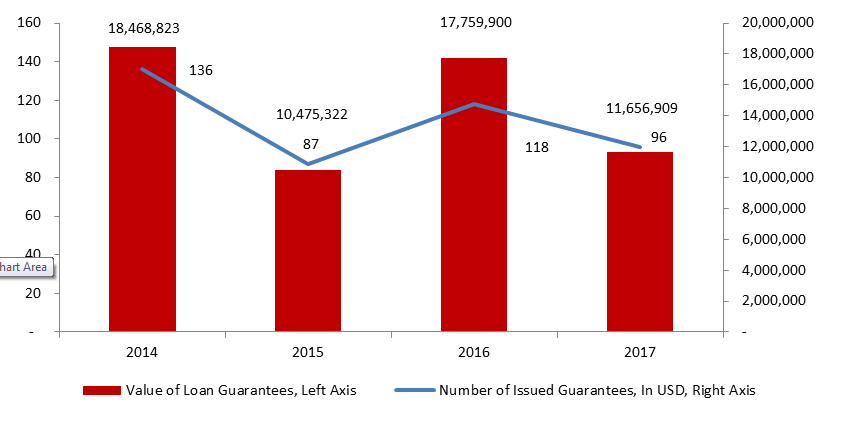