In turn, products of “machinery and electrical equipment” came in third with $33.8M worth of exports, of which 22.5% were imported by Iraq in the first month of 2018. However, exports of this category contracted by 20.5% year-on-year (y-o-y) on the back of declined machinery imports by major markets like Syria, Libya, the UAE, and Qatar.

A smaller component of industrial exports,”Plastics, rubber and articles thereof”, also supported the 6.3% uptick in total industrial exports over the period as it increased by 32.2% y-o-y to stand at $11.9M in January 2018.

In terms of imports of “industrial machinery and equipment”, they climbed by a yearly 14.7% to settle at $24M in January 2018. In details, imports of “machinery for the food industry” were the largest at a value of $4.7M, of which 34% originated from Italy. In their turn, imports of “machines used in packaging” followed, amounting to $3.3M of which 94% were mainly German packaging machines imported to Lebanon in January 2018. 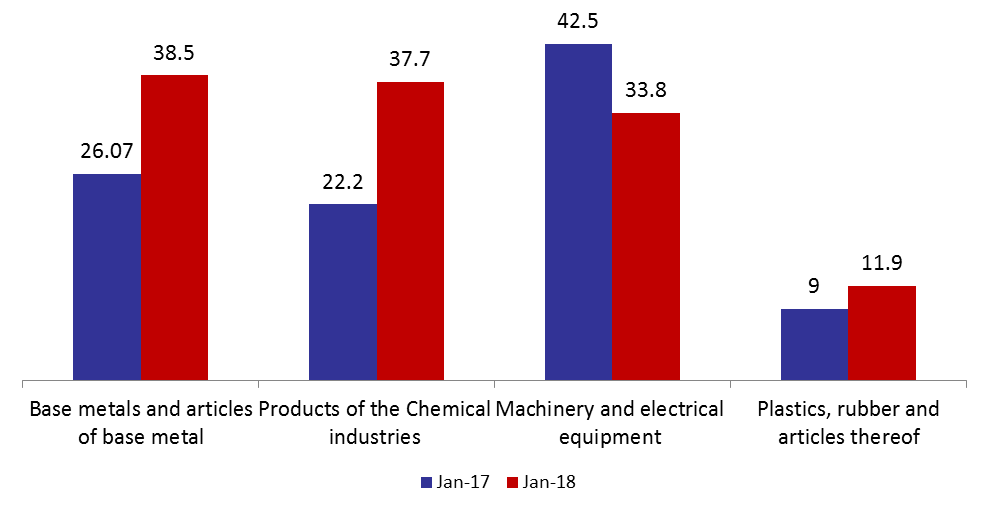