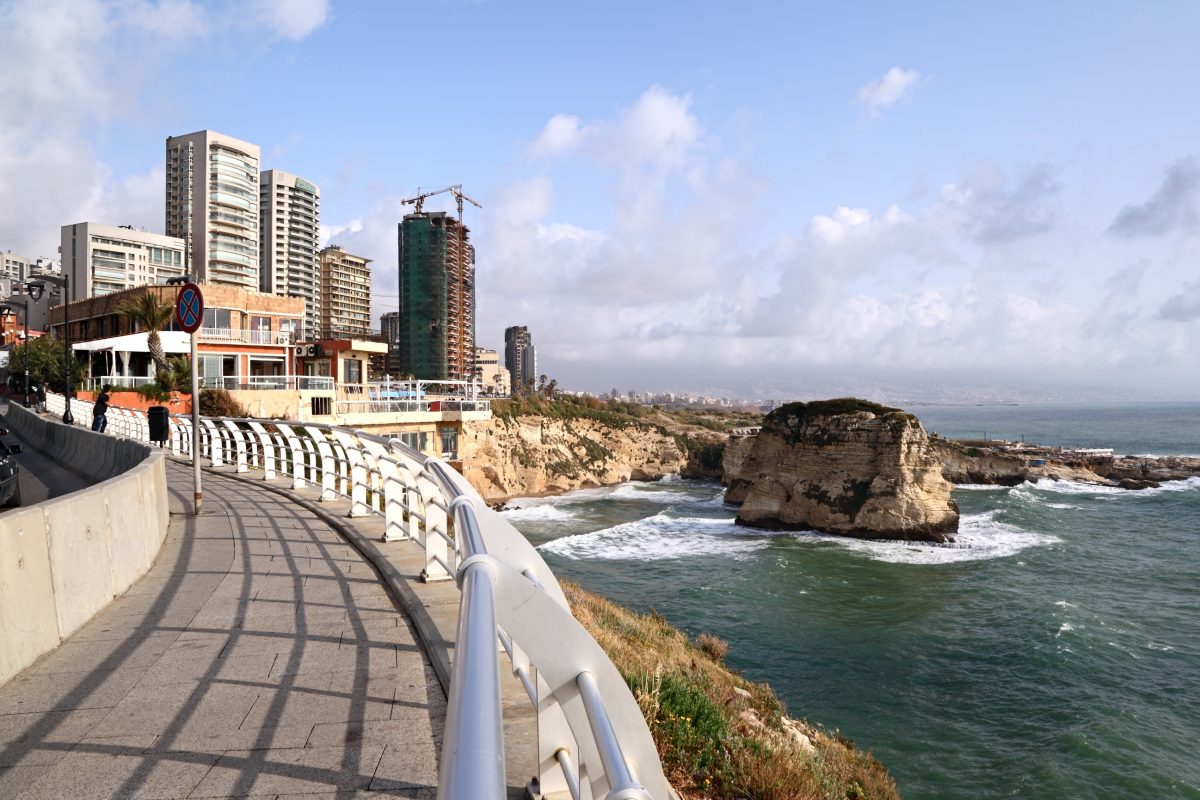 A version of this article appeared in the print edition of The Daily Star on May 31, 2018, on page 4.

The parliamentary elections are over, but the economic challenges facing Lebanon are still there waiting for the new government to handle them. In reality, Lebanon has been struggling over the decade from a sluggish economic performance, which was exacerbated in 2011 with the emergence of the Syrian war that severely deterred foreign investments in the country.In line with a rising number of Syrian refugees, economic burdens seem to worsen amid an expanding public debt, an ongoing power crisis and recurring political deadlocks. According to the International Monetary Fund, real gross domestic product is estimated to grow at an incremental 1-1.5 percent between 2016 and 2018.

Lebanon’s BLOM Purchasing Managers’ Index also confirms the sluggish economic performance over the same period given that it is a leading indicator for economic growth in Lebanon since GDP data is scarce and delayed.

A recent study of ours revealed that a zero GDP growth rate in Lebanon correlates to a PMI threshold of 45 rather than 50. Therefore, the index for 2016, 2017 and the first quarter of 2018 corresponded to weak growth rates of 0.6 percent, 1.3 percent and 1.5 percent, respectively.

Aside from the current situation, 2018 may be the year of hope that the future will be better. So far, the first five months of 2018 seem to be optimistic: In Rome last March, the global community acknowledged the military needs of the Lebanese Army and Internal Security Forces, and announced remarkable donations to support both security forces.

The third month of 2018 also saw the approval of the year’s state budget, for the second time in a row since 2005.

As important, April witnessed the occurrence of the donor conference CEDRE (Conference economique pour le developpement par les reformes et avec les entreprises) in Paris, also referred to as Paris IV, which aimed at revamping the country’s infrastructure. During the conference, an overall amount of $11.8 billion was pledged in soft loans and grants from the international community.

Also, global interest in the Lebanese situation extended to the Syrian refugee crisis with the second Brussels conference, during which funding was promised to relieve some of the burdens.

In addition, Lebanon managed in early May, and after nine hard years of political disagreement and protraction, to elect a Parliament under a new electoral law that secured an overall agreement.

Despite these positive vibes, and besides the fact that political talks to form a new Cabinet are now dominating the local news’ headlines, the resulting government has a list of long-standing economic challenges to address.

This could be a window of opportunity for preserving Lebanon’s economic sustainability, which needs to be, now more than ever, put in place. Hence, embarking on a firm recovery plan to restore the economic health of the country is, at this time, crucial.

However, specifying the primary step in the path of reforms is debatable: Some expert economists believe that tackling Lebanon’s fiscal situation should be a priority, while others reveal the importance of significantly boosting economic growth as it is the key to overcome the country’s economic challenges.

This report echoes the opinions of three economists on the matter: Joseph Gemayel, dean of the faculty of economics at Saint Joseph University; Marwan Mikhael, head of the research department at BLOMINVEST Bank; and Mazen Soueid, chief economist at BankMed.

With public debt surpassing the $80 billion mark (around 150 percent of GDP), there’s a question of sustainability of Lebanon’s fiscal situation. According to the IMF’s latest statement on the CEDRE conference, if no macroeconomic policy changes are put in place, economic performance and financial inflows are expected to remain weak. Following this baseline scenario, the Lebanese GDP growth rate stood at 1 percent in 2016 and government debt-to-GDP ratio at 151 percent, which are expected to increase to 2.9 percent and 178 percent, respectively, in 2023. Under this same scenario, debt is unsustainable and inflation is projected to drop to 2.5 percent, with the current account deficit remaining large.

Lebanon suffers from recurrent fiscal deficits that are mostly due to government’s revenues barely covering debt service and the wages of public sector employees. In the same context, these fiscal deficits are holding back the government from executing necessary infrastructure investments. In detail, around 50 percent of the public debt is held by the Central Bank, while the gross fixed capital formation of the public sector represents only 1 percent of GDP as opposed to 20 percent of GDP for the private GFCF.

According to Gemayel, “Lebanon suffers from a substantial debt-to-GDP ratio that requires either boosting the economic growth rate or decreasing interest rates. However, the second strategy could shake the confidence in the country, which means that the government should work on creating a solid ground capable of providing a sustainable economic growth rate that, in consequence, will reduce the risk premium on interest rates.”

This can be done by solving Lebanon’s power crisis, which dates back to the Civil War. Increasing fiscal revenues through additional taxation will definitely cause social outrage, especially after the hike in tax rates that went into effect in January this year to finance the rise in the public sector salary scale, including a rise in the value added tax.

In this context, all three economists agreed that Lebanon’s 24/7 electricity “dream” should become a reality, in addition to reducing the burdens on the country’s public finances.

According to Soueid, “the new Cabinet currently has two avenues to face Lebanon’s economic challenges: first, profiting from the CEDRE conference to prove to the global community its commitment to reform Lebanon’s economy and rebuild its infrastructure, and second, urgently solving the electricity issue that has the utmost priority. A long-term plan should be implemented to put an end to the power crisis in order to reach a state where the increase in prices is linked to the increase in production. This plan should be phased over the next three years and will be able to reduce the fiscal deficit by almost 4 percent yearly.”

Mikhael highlighted that “the quick formation of a new Cabinet is a must right now in order to be able to benefit from the CEDRE outcomes as soon as possible.

“The first main challenge that the new government must address is the power crisis, by increasing production through power barges or any immediate solution to be able to increase the tariffs and reduce the fiscal deficit. At the same time, bring foreign investors to build the power plants over the coming three years, which will also boost capital inflows.”

Mikhael added that “resolving the electricity problem does not prevent the government from setting up, at the same time, a policy to fight corruption and improve the business environment, which are also of high importance.”

Aside from the power crisis, boosting production and improving the investment climate remains fundamental to overcoming the existing and upcoming economic challenges in Lebanon.

In fact, the country’s economic issues are not restricted to the fiscal situation, but also extend to the external sector and the deteriorating investment climate that are also holding back economic prosperity. Therefore, Gemayel urges the new government to adopt a comprehensive new economic vision over the next four years.

Within this proposed strategy, Gemayel argues: “Besides the necessary changes to the current legal framework to become more encouraging for foreign and local investments, the new Cabinet should seriously explore the competitive advantages of the Lebanese economy and target the existing opportunities, human capital for instance, which can boost economic growth. In addition, improving the quality of Lebanese products in some fields to meet international standards and become more competitive can also be beneficial, especially as reducing the cost of production can sometimes be impossible given the considerable costs of energy and telecommunications.”

After all, the Lebanese economy is surprisingly still able to survive all the internal and external headwinds.

However, with economic indicators reaching alarming levels, immediate action is required. Now that the first half of the year is coming to a fruitful end, the political will and determination of the new Cabinet, yet to be formed, will determine the path of Lebanon’s economy for the next few years.