Home » Spotlights on Lebanon » What will it take for a real estate revival in Lebanon?

What will it take for a real estate revival in Lebanon? A version of this article appeared in the print edition of the Daily Star Newspaper on the 29th of March 2019.

The slump in the Lebanese economy is no surprise. Real GDP growth is estimated to have recorded a meagre 1% in 2018. Private sector activity remained sluggish with the BLOM Lebanon PMI standing at 46.9 in February 2019 down from 47.3 in February 2018. The average inflation rate stood at 6.08% in 2018 on account of higher energy prices, while estimates of the overall unemployment rate stand at a high 20%. These figures indicate Lebanon is in a stagflation phase which is typically characterized by low growth, high inflation and high unemployment.

Real estate is at the core of the Lebanese economy. According to Lebanon’s 2017 national accounts, real estate accounted for 15% of GDP in 2017; this share rises to 19% when construction activity is included. Real estate and construction are therefore the top contributing activity to GDP in Lebanon in 2017. Real estate is also a key investment sought after by resident and non-resident Lebanese alike. The value of housing loans granted in the financial sector reached $12.89 billion in 2018, constituting 60% of total individual loans. Moreover, according to IDAL, 70% of foreign direct investment (FDI) inflows to Lebanon constituted real estate acquisitions by the Lebanese diaspora.

What will it take for a real estate revival in Lebanon 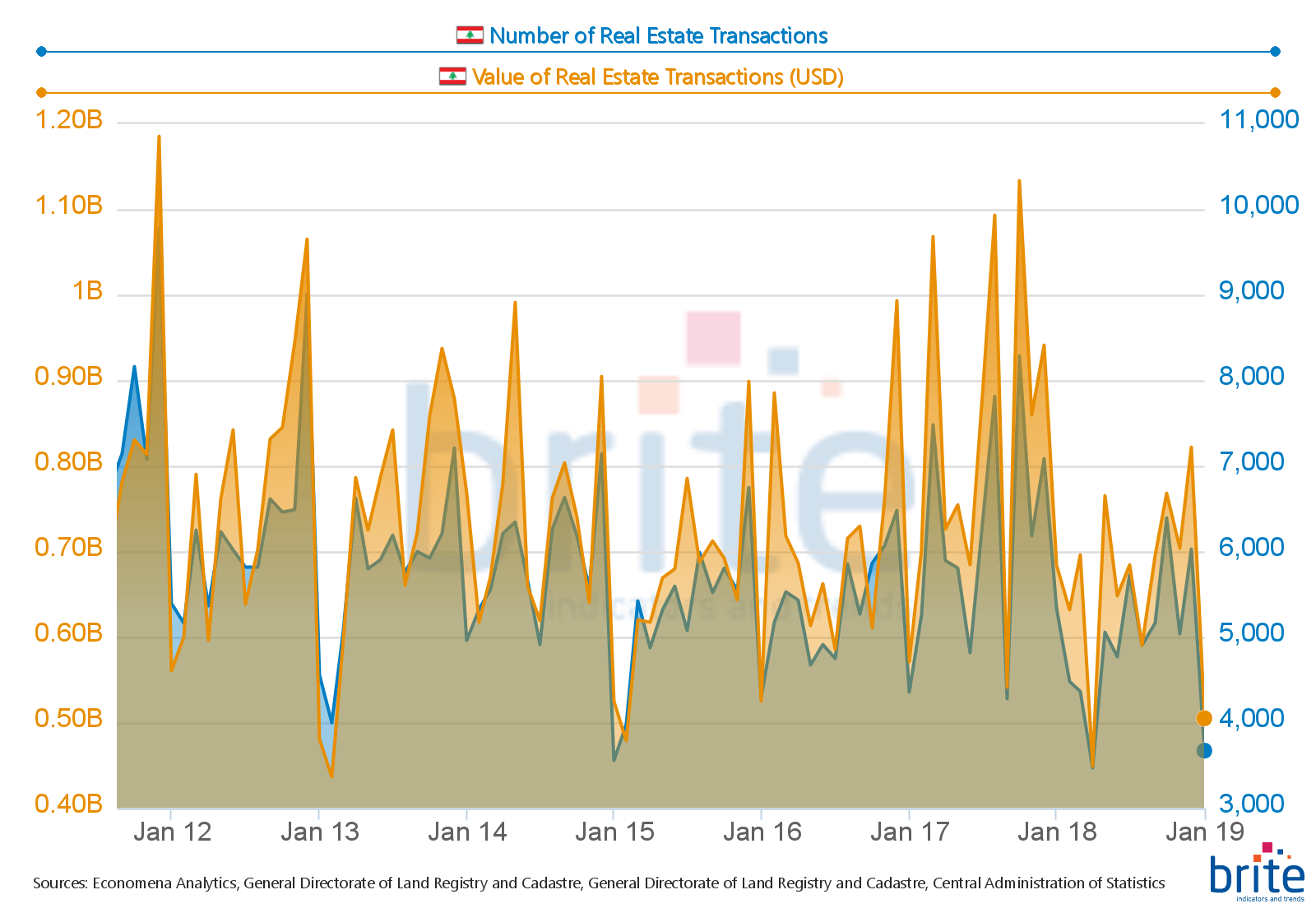 US GDP Figures Strengthen the Dollar This Week
Total Assets at BDL Down by 11.15% in the First Quarter of the Year