According to the Orders of Engineers in Beirut and Tripoli, the total number of construction permits fell by a yearly 19.19% to reach 4,927 by May 2019. Accordingly, the Construction Area Authorized by Permits (CAP) also slipped by an annual 30.58% to $3.05M square meters (sqm), which may reflect investors preferring smaller construction areas for their projects.

The North ranked 3rd in the total construction permits with a stake of 14.61% of the total, equivalent to 720 permits in the first 5 months of 2019, compared to 878 during the previous year.

Number of Construction Permits in May 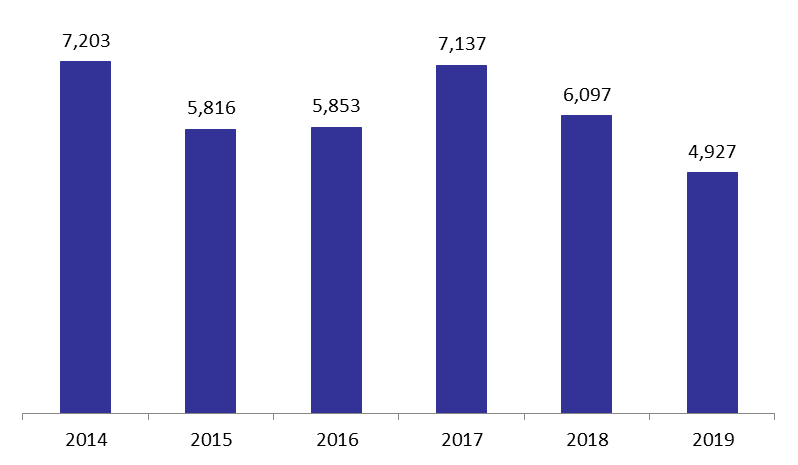