According to the Central Administration of Statistics (CAS), Lebanon’s average consumer prices rose by an annual 3% in the first seven months of 2019, compared to an annual uptick of 6.23% recorded by July 2018. The increase in prices over the period came on the back of yearly rises registered across all components of the consumer price index (CPI), except Transportation and Health.

The breakdown of the CPI revealed that the average costs of “Housing and utilities” (including: water, electricity, gas and other fuels) which grasped a combined 28.4% of the CPI, climbed by an annual 2.65% by July 2019. In fact, average “Owner-occupied” rental costs (constituting 13.6% of the category) grew by an annual 2.64%. In turn, the average prices of “water, electricity, gas, and other fuels” (11.8% of housing & utilities) recorded a yearly uptick of 2.54% over the same period. 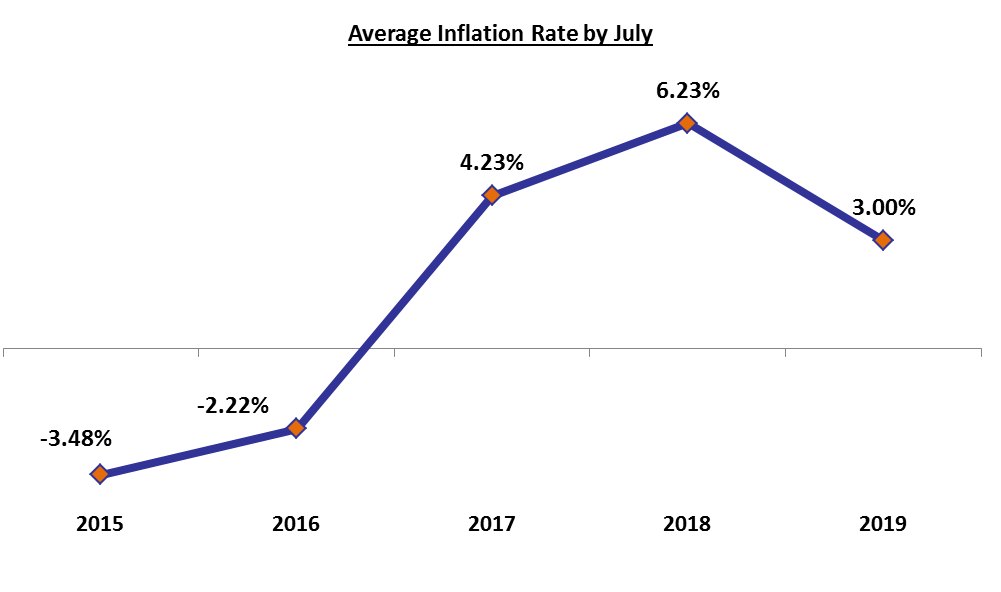