According to the Ministry of Finance, transfers to EDL witnessed a significant yearly drop of 26.17% to reach $ 65.85M in January 2019.

Worth mentioning that Lebanon’s fiscal deficit (cash basis) narrowed from $378.91M in January 2018 to $72.83M in January 2019 and EDL transfers represented a share of 14.17% of the government’s primary expenditures, which reached $800.24M in January 2019, compared to a share of 8.54% in Jan 2018. In its new budget the Lebanese Cabinet has approved a plan to upgrade the electricity sector in order to narrow its deficit by improving production and distribution, and raising tariffs.

Contribution of EDL in the Total Oil Bill in January 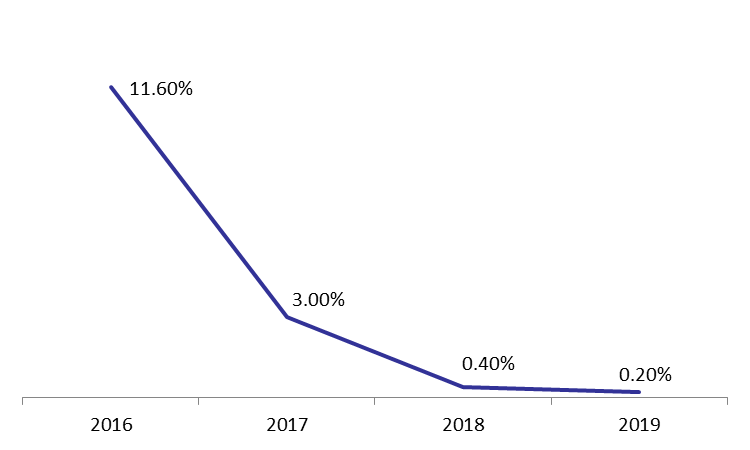