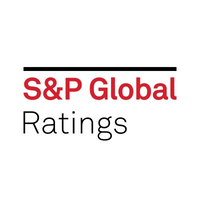 Similarly to Fitch Ratings earlier this same week, S&P also explains that its action was prompted by the most recent restrictions on dollar-deposit withdrawals, limitations in transfers,  as well as the central Bank’s (BDL) circular issued December 04th instructing banks to pay the interest on foreign deposits 50% in foreign currency and 50% in local currency. The rating agency clarified that,

“We lowered our ratings to ‘SD’ because, in our opinion, private individuals’ lack of access to their bank deposits on time and in full, different remuneration from the original contractual terms, and constraints to their ability to transfer funds abroad constitute a risk for depositors of losing the benefit of their agreements and therefore a selective default. We also believe that some of these measures could be tightened in the future, since liquidity in Lebanon appears to be diminishing, causing banks to possibly face near-term mounting pressure on their funding positions.”

In addition, S&P Global Ratings revised their “[banking] industry risk score in Lebanon” from an “8” to a “10” (also designated as the BICRA or the Banking Industry Country Risk Assessment), on a scale of ‘1 to 10’ with ‘10’ denoting the “highest risk”.