Home » Financial Markets » The Ministry of Finance Raised $80M in the T-Bills Auction Held on January 2, 2020 In their turn, Total deposits (excluding demand deposits) fell by LBP1, 371B ($909M). In fact, Term and saving deposits in LBP as well as Deposits denominated in foreign currencies dropped by LBP 972B ($645M) and $265M, respectively.

In its treasury bills (T-Bills) auction dating January 2 2020, the Ministry of Finance raised LBP 120.92B ($80.21M) through the issuance of notes maturing in 3 Years (3Y) and 7Y. The highest demand was realized on notes maturing in 3Y, as they composed 52.36% of the total subscriptions, while the 7Y notes accounted for the remaining shares of 47.64%. In details, the coupon rates on the 3Y and 7Y notes stood at 7.5% and 9%, respectively. 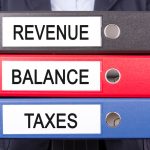