Home » Spotlights on Lebanon » Overview of the Lebanese Economy in 2019

Overview of the Lebanese Economy in 2019 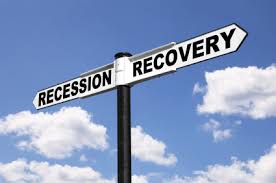 Lebanon was in a state of “economic recession” in 2019. GDP growth dipped into negative territory in the consecutive quarters Q1 and Q2 of 2019. During the period, a political deadlock prolonged parliamentary negotiations which extended over 8 months, before the formation a new cabinet was announced on Jan. 31st 2019 (following the elections of May 2018). Nonetheless, progress on reforms for the pledged CEDRE funds was delayed. By October 17th 2019 civic protests erupted across Lebanon, catalyzing a full-fledged financial and economic crisis. Notably, Q4 recorded a substantial slump in GDP such that the growth rate ranged between -5% to -6%. Consequently, Lebanon’s annual growth stood at -2% in 2019. It followed that the average monthly inflation rate more than quadrupled between October and December 2019, as it climbed from 1.33% to 6.96% in December. The steep inflation uptrend resulted from the imposition of capital controls for the first time in Lebanon in November. The restrictions led to the emergence of a parallel market with the USD/LBP surpassing the 2,000 mark while the official rate remained at 1,507.5. As a result, essential raw materials and end products became very expensive vis-a-vis citizens and businesses, eroding purchasing power.

For the full report, kindly follow the link: Overview of the Lebanese Economy in 2019

The ECB’s “Stimulus Package” Disappoints Market Participants: Euro Depreciated this Week
Lebanon’s Fiscal Deficit Down yearly by 6.57% to Settle at $5.83B in 2019