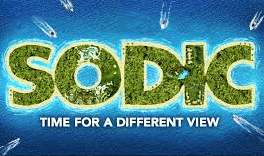 We raise our target price on SODIC to EGP 34.82 per share, maintaining our ACCUMULATE rating on clearer political and legal pictures. We believe the resolution of all legal disputes in addition to the inauguration of Field Marshal Abdel Fattah el-Sisi as the new president of Egypt will pave the way for stronger fundamentals in the future, especially with the company’s continuous launching of new projects and replenishing its land bank. Worth noting that the board called for an extraordinary general meeting on the 13th of July to discuss a capital increase of EGP 1 billion, divided into 250 million shares at EGP 4 par value each. If approved, the diluted share price would be around EGP 11.3, however we believe the upside potential will remain as the use of raised cash for land acquisition and launching of new projects would translate into higher profitability.

SODIC registered an impressive performance during Q1 2014 as revenues more than doubled to reach EGP 301 million compared to EGP 130 million a year earlier, mainly due to higher than targeted deliveries. Moreover, following 2013’s devastating loss caused by extraordinary revenue reversals and the 100% impairment of Syrian investment, SODIC’s earnings grew significantly to EGP 40 million during Q1 compared to EGP 6 million registered a year earlier. We believe the company will return to profit in 2014 with estimated earnings of EGP 178 million on expectations of higher revenues.