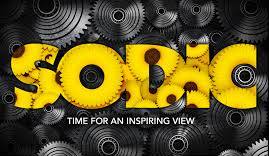 We revised our target price on SODIC to EGP 23.32 per share, maintaining an ACCUMULATE rating after incorporating the Eastown land in our valuation. Although 2012 was a record year strengthened with an improvement in the legal position, we await to see the company’s strategy to replenish their land portfolio. SODIC reported a surprising Q4 with revenues doubling over Q3 to reach EGP 555 million, bolstering the company’s annual performance and resulting in a peak year with revenues of EGP 1,426 million compared to EGP 542 million in 2011. Following 2011’s devastating results caused by high cancellations, the company reversed its dim prospects as it reported a profit of EGP 257 million in 2012 compared to a loss of EGP 193 million a year earlier. Going forward, we estimate 2013 earnings at EGP 241 million, as cancellations remain low and deliveries in Allegria continue.