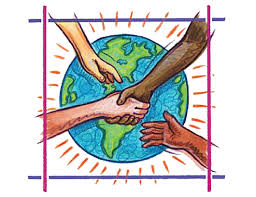 Lebanon was recipient of social, economic and environmental aid during the period between May and August 2014, according to the latest Aid Coordination Newsletters from the Ministry of Finance. To begin with, in May, the Arab Fund granted two loans amounting for $218M, to complete the wastewater projects in several Lebanese regions, and to support the housing sector of the country. During the month of June, the European Union (EU) supported the Lebanese water sector and wastewater sector. This was done by granting €2.9M for “Improving access to safe drinking water for Lebanese and Syrian refugees’ communities in Northern Lebanon”, and €1.82M for “Mashta Hammoud Sewage pipe network and waste water treatment plant”. Separately, the German government granted a loan of €7M to finance the third phase of Jeita Spring Protection project. In July and August too, the EU’s grants mainly targeted water and sanitation, financing around €8.3M in water rehabilitation, especially in Akkar and Bekaa districts. Adding to that, the EU offered €8M to develop the Lebanese security system so that it achieves its legitimate role in a way that endorses national cohesion and is consistent with the standards of a self-governing state.