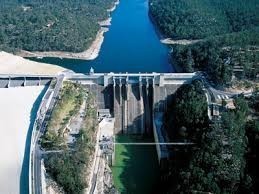 Even though Lebanon facing water shortages in summer and fall seasons has been common, this problem became more severe in 2014. The mixture of a particularly harsh drought and the Syrian refugee inflow aggravated the problem. Not forgetting the 20,000 illegal wells, operating in the Greater Beirut Area and mostly supplying private water tankers, which contribute to the depletion of underground water reserves.

Therefore, to help the Lebanese consumers handle this water problem, the World Bank approved a loan of $474M to increase municipal water supplies through “The Water Supply Augmentation Project”, which would be the World Bank’s largest project in Lebanon. The Islamic Development Bank and the Lebanese government are also contributing to finance this project, whose total cost amounts to $617M.

The Water Supply Augmentation Project will mainly target the Greater Beirut and Mount Lebanon Area. Moreover, a dam will be erected on the Bisri River in South Lebanon. This would lead to the storage of 125M cubic meters of water that is filled up during winter and spring in order to be used in summer and fall. Water would also flow to Beirut, by gravity without incurring pumping costs, through a 26 km underground tunnel and would be treated at a plant on the way.