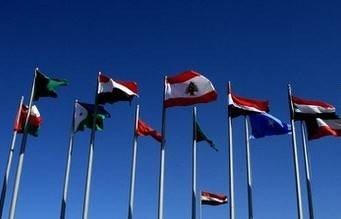 Oil exporters’ countries in the MENA region remain on a different economic scale from their neighboring oil importers; however, their political agendas continue to overlap. The MENA’s most populous country, Egypt, successfully adopted a constitution and marches slowly towards stability, backed by the comfy funds of its Saudi and Emirati allies. Meanwhile, the rest of oil importers struggle in the orbit of the Syrian war. Jordan’s economy suffered dual pressures from Syria and Egypt’s unrests, however, its finance held up through the year thanks to back up from the IMF program, USA, Saudi Arabia and the GCC fund. Absent similar financing, Lebanon’s economy slid on the domestic political status-quo and a heightened frequency of suicidal bombings closely linked to the war updates in Syria. As for Syria itself, the government seems to have acquainted with the economy of war, supported by its allies Iran and Russia, while taking up its military combats and diplomatic talks in Geneva 2 in parallel. On the other hand, the oil rich Saudi Arabia considerably enhanced its economic relationship with Egypt, while internally focusing on Saudization.  Qatar toned down its foreign policy, with its forefront domestic interest remaining on infrastructure spending, diversification from oil and social issues. As for the UAE, it avoided front running its neighbors’ political activism, promoting itself as a safe haven and a fully recovered economy from 2009’s crisis.