Home » Equity Research » Blominvest initiates coverage on Ezz Steel with a HOLD Recommendation and a Fair Value of EGP 22.40 per share

Blominvest initiates coverage on Ezz Steel with a HOLD Recommendation and a Fair Value of EGP 22.40 per share 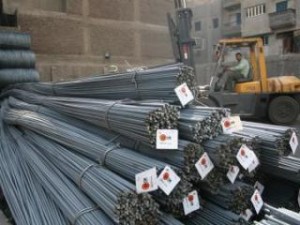 Blominvest initiates coverage on Ezz Steel, with a HOLD recommendation and a fair value of EGP 22.40 per share. While such a valuation presents a 16% upside over the stock’s recent closing price of EGP 19.51, it is expected that the stock will endure a downward pressure caused by heightened tensions in the region, particularly in Tunisia, in addition to the upcoming presidential elections. Ezz Steel, the largest steel producer in Egypt, holds around 44% of the local market share with an annual production capacity of 5.8 million tons. The valuation premium is based on the company’s growth potential favored by the continuous construction activity in Egypt, due to rapid population growth, acute housing shortage and urbanization trend. In addition, Blominvest compared the target company to other steel producers and concluded that Ezz is slightly undervalued compared to peers, with an estimated price-to-earnings of 19.1 versus 21.1 for the benchmark. Ezz Steel’s earnings are expected to substantially increase, reaching EGP 290 million in 2010, but still less than half the three year average. Almost 75% of the company’s revenues are generated through sales of long steel that is used in construction of real estate and infrastructure in Egypt. Sales are estimated to grow by 16% y-o-y to reach EGP 14.6 billion in 2010 with squeezed margins throughout the year due to a rise in both iron ore and scrap pricing. Ezz is positioned to benefit from the growing real estate market as it is already in the process of increasing its capacity through the construction of two new plants. This would result in an additional 1.85 million tons of annual capacity to be completed by Q4 2011, and another 1.3 million tons by the first half of 2013.

Blominvest initiates coverage on Holcim Liban with a HOLD rating and a fair value of USD 17.49 per share
Flash Note – Ezz falls in “AVOID LIST” due to uncertainty surrounding chairman and the regulatory environment for Ezz Steel