Beirut-Rafik Hariri International Airport, like other airports around the world, experienced a significant decrease in passengers in 2020 largely due to the Covid19 pandemic.

Overall, the current political and economic crisis adding to the Coronavirus spread has driven the country onto an unprecedented situation like no other. According to “Macrotrends”, Lebanese youth’s emigration rate is now among all time high and it has increased by 47.19% compared to last year.

Moreover, the youth’s desire to emigrate at any cost will likely surging the number of total departures in the upcoming months as it has doubled during the last four months. In fact, the average number of departures has increased from 584,127 to 1,052,491 after Beirut Port explosion. In addition, the number of tourists is not expected to improve as the world is still at the core of the pandemic. 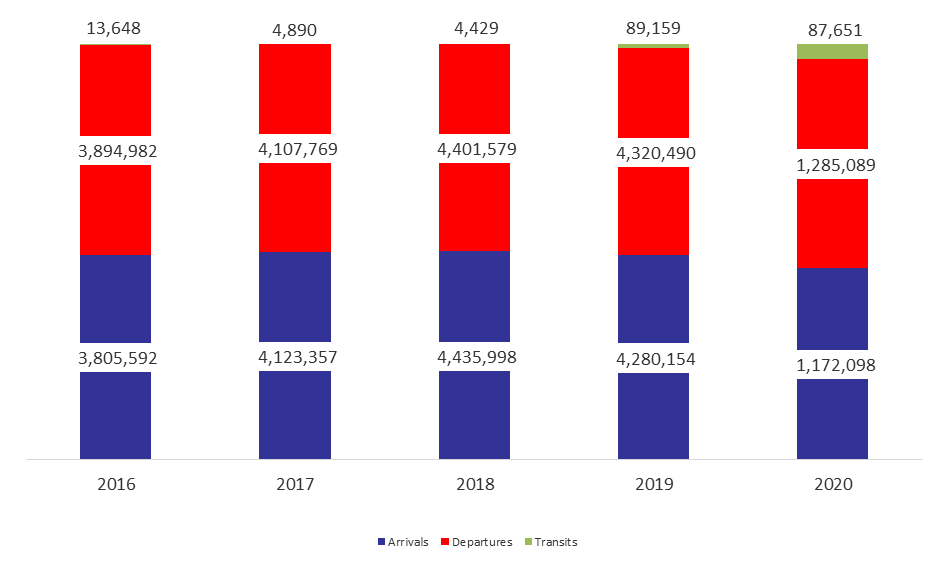