Home » Economic Digest » Lebanon’s Balance of Payments Deficit Stood at $10.55B by December 2020 According to BDL’s latest monetary report, the BOP recorded a cumulative deficit of $10.55B by December 2020, compared to a deficit of $5.85B over the same period last year. Accordingly, Net foreign Assets (NFAs) of BDL fell by $14.27B. While the NFAs of commercial banks added $3.72B for the year of 2020.

For a meaningful analysis, we examine the NFAs of commercial banks which are in fact the difference between banks’ Foreign Assets (FA) and Foreign Liabilities (FL). For the month of December, the decline in FLs can be largely attributed to the reduction in the “Non-resident Financial sector Liabilities” by $568.19M, while the “Non-resident customer deposits” went up by $236.59M. Furthermore, on the foreign asset side, “Claims on non-resident customers” dropped by $74.19M and “Claims on Non-resident Financial sector” rose by $111.52M. In turn, “Non-resident securities portfolio” and “Other Foreign asset” increased by $4.53M and $517.30M, respectively.

Lebanon’s core economic crisis is a governance crisis resulting from a dysfunctional sectarian system. Over the years, the sovereign debt grew as spending increased. In turn, the Balance of Payments deficit also deepened as the country’s growth slowed. This big deficit is caused by the shortage in supply of the Foreign Currencies in the Lebanese market, regardless of the oversized banking sector and the high interests it offers on deposits. This severe crisis left the country with no other solution than an economic reform plan aims to unlock foreign aid, restructure the debt, and cut back on spending including the loss-make electricity sector, and in the process ease considerably the balance of payments deficits.

Balance of Payments (BoP) by December (in $M) 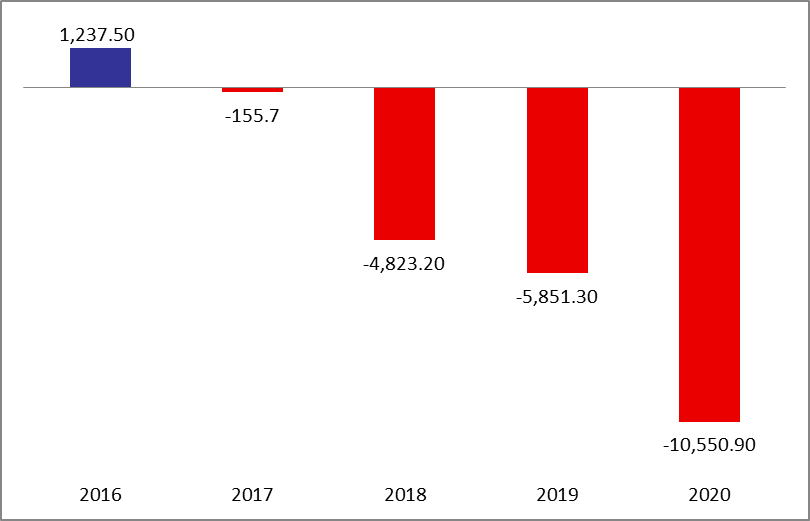