According to the data from the Orders of Engineers in Beirut and Tripoli, the total construction permits witnessed a year-on-year (YOY) decrease of 73.10% to reach 159 permits by January 2021. Notably, the Construction Area Authorized by Permits (CAP) slumped by an annual 60.09% to 71,350 square meters (sqm), mainly reflecting the little interest of investors in undertaking new projects.

Number of Construction Permits by January 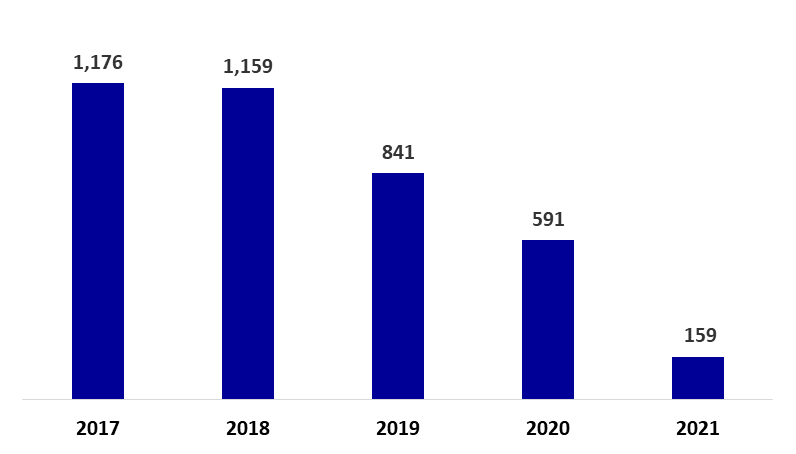 The Lebanese Banking Sector in 2020: An End of an Era!
Daily Capital Markets’ Performance