According to Lebanon’s Ministry of Finance (MoF), personnel costs decreased annually 2.6% to reach $6.55B by December 2020. This decrease was driven by the large drop of “end of service indemnities” by 56.1% reaching a total of $283M by the end of 2020. However this decrease was slightly counterbalanced by a year-on-year increase in “Retirement compensations” and “Salaries, wages and social benefits” and “transfer to public institutions to cover salaries” by 6%, 1.8% and 3.5% respectively, compared to Jan-Dec 2019.

In details, payments for the sub-account of “salaries, wages, and related benefits” (constituting 62.09% of the total personnel costs) rose by 1.77% year-on-year (y-o-y) to reach $4.07B by December 2020. This rise was mainly attributed to the y-o-y increase in “allowances and “basic salaries” for military personnel by 36.1% and 0.5% to reach $563.84M and $2.01B respectively, by December 2020. However, these increases were partly offset by y-o-y decrease of salaries, wages and related benefits paid to education personnel by 9.93% to reach $752M.

Personnel Cost Breakdown by January-December (in $B) 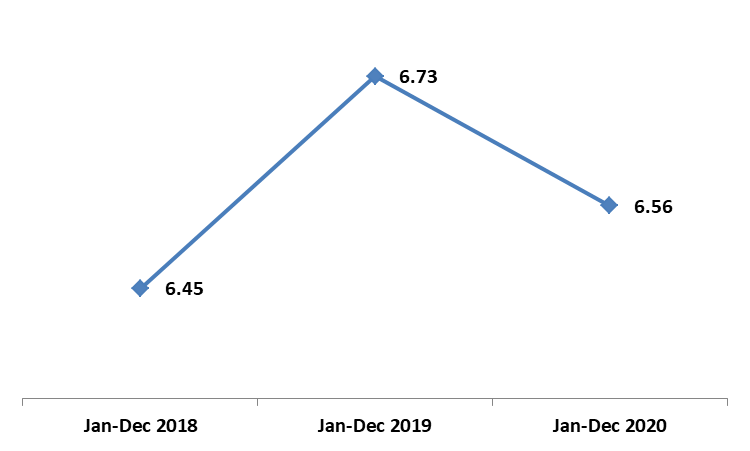