In detail, the “Mineral products” grasped the lion’s share of total imported goods with a stake of 23.56%. “Products of the chemical or allied industries” ranked second, composing 15.53% of the total while “Vegetable Products” and “Pearls, precious stones and metals” grasped the respective shares of 8.68% and 8.23%, respectively.

Compared to February 2020, the value of imported “Mineral products” slumped from $750.19M to $459.28M. In fact, the imported volume of mineral products (mostly oil) decreased by 38.78% YOY. This may be attributed to the deterioration of the Lebanese purchasing power, due to the catastrophic depreciation of the national currency against the dollar.

In February, the top three import destinations were China, Turkey and U.S.A grasping the respective shares of 9.14%, 8.62%, and 8.38% of the total value of imports.

Trade Deficit in February ($B) 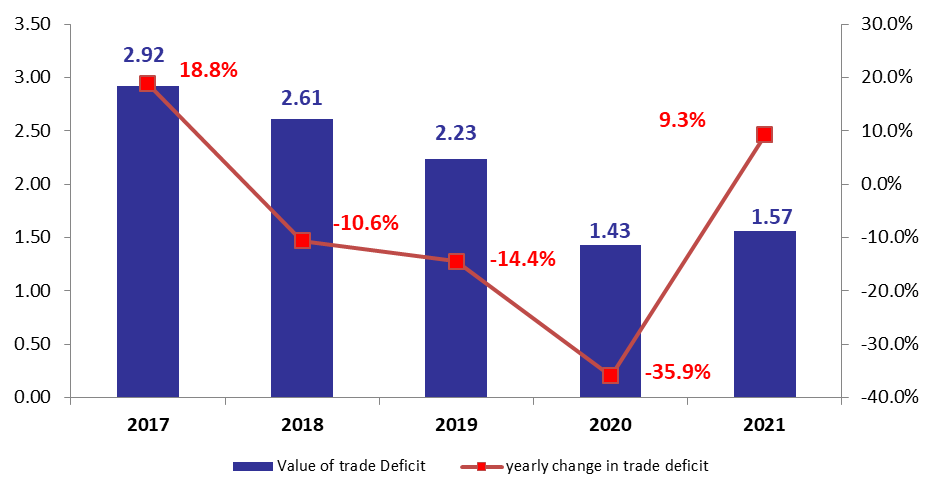