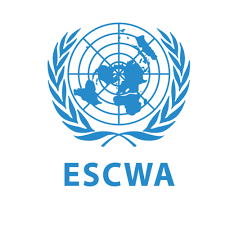 In a report on the poverty’s situation in Lebanon, ESCWA identified a new concept which is known as Multidimensional Poverty Index (MPI). A household is classified poor, regardless of its financial capacity, once it is suffering from shortage in one or more of the following areas; health care, medical services, education, employment, housing and assets.

The calculation results of the Multidimensional Poverty Index (MPI) showed that 33% of households are deprived in health care, increased from 9% in 2019. This figure is equivalent to 400,000 households out of 1,210,000. In term of medications, 52% of families are unable to obtain medicines. Moreover, the share of households without electricity power has increased to 54%. Concerning employment, the percentage of households deprived of employment opportunities has risen to 13%, equal to 160,000 households. Regarding inflation and income levels, inflation reached 281% and resulted an increase in income poverty from 25% in 2019 to almost 74% in 2021. As for education, the most important dimension of multidimensional poverty, the rate is 63% among university students, and 87% among students with the lowest levels of educational attainment. In addition, the share of elderlies living in multidimensional poverty increased sharply from 44% in 2019 to 78% in 2021.

Lastly, ESCWA recommends the implementation of a determined policy response in the short and medium terms. As such, it urges establishing a national solidarity fund as part of an immediate response to alleviate the suffering of the people. In addition, developing effective social protection plans that are more responsive to the needs of the population living in extreme poverty. Moreover, ESCWA recommends strengthening and extending social protection systems to the unemployed and those who have recently lost their jobs. In addition, support locally made medicines, and develop a plan to increase electricity capacity while working on distribution networks and restructuring tariffs to reflect real cost of production. Not to mention that in the longer term, ESCWA recommends supporting renewable energy, including solar, wind, bioenergy, and hydropower. Finally, ESCWA endorses developing a national rescue plan to advance the private sector and support small and medium enterprises so to reduce unemployment rate. Of course, whether all this could be done, especially in the absence of a reforming, functioning government, make the prospects for eliminating multidimensional poverty all the more uncertain.

Results of the ESCWA’s MPI dimensions and indicators:

New SDRs, and how might Lebanon benefit from them?
Daily Capital Markets’ Performance