According to the data from the Orders of Engineers in Beirut and Tripoli, the total construction permits witnessed a year-on-year (YOY) remarkable increase of 131.95% to reach 6,896 permits by June 2021. Notably, the Construction Area Authorized by Permits (CAP) soared by an annual 196.46% to 3,479,031 square meters (sqm), mainly reflecting the high interest of investors in investing in the real tangible assets.

The Lebanese building market has been somehow rock solid in the first seven months of 2021, despite coronavirus, higher raw materials and escalated costs due to the deteriorating of the national currency. In spite of all the chaos in the country, the building industry has seen a return to 80% of its level in 2016 (8,705 permits by June 2016), just before the stop in housing loans and way before the beginning of the economic financial crisis. Consequently, many are trying to leave cities and move to suburbs, prompting an increase in new building permits. Besides, banking sector’s struggle pushed people to buy land and invest in building constructions.

Number of Construction Permits by June 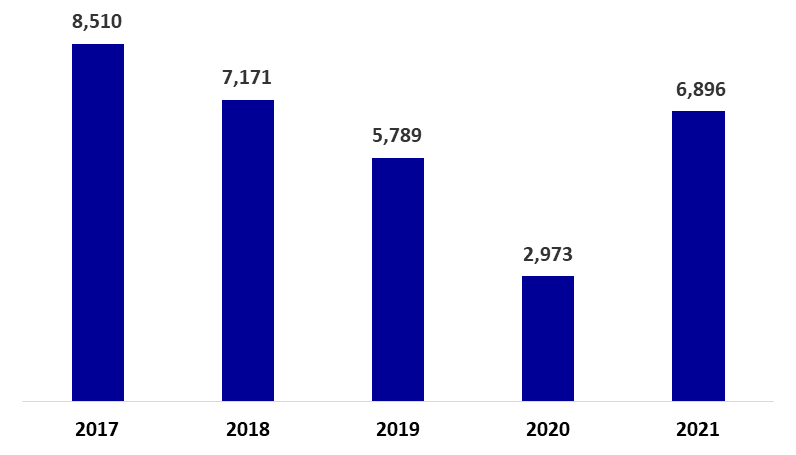 Source: Orders of Engineers in Beirut and Tripoli, BLOMINVEST

Revenues of Port of Beirut down by 39.65% by July 2021 As Global Shipping Crisis Worsens
Daily Capital Markets’ Performance