On a monthly basis, the balance of payment recorded a surplus of $784.7M on September 2021, backed by a strong surplus of BDL NFAs, as Lebanon has received its SDR allocation from IMF.

For a meaningful analysis, we examine the NFAs of commercial banks. For the month of September, the decline in foreign liabilities can be largely attributed to the monthly reduction in “Non-resident financial sector liabilities” and “Non-resident customers’ deposits” which dropped by $314.53M and $149M, to reach $4.94B and $23.88B, respectively. However, this decrease in foreign liabilities was partially offset by a decline in foreign assets driven by a decrease in “claims on non-resident financial sector” and “claims on resident customer” by 7.76% and 5.49% to reach $4.72B and $2.29B, respectively.

On a related note, BDL issued Circular 158 which provides binding instructions to banks to pay back gradually their customers’ foreign currency deposits. The circular applies to all accounts opened before 31/10/2019 and calculated based on the accounts as of 31/3/2021, on the condition that the accounts do not exceed those available at 31/10/2019. The accounts are also calculated after netting out all claims that the banks have against their customers. This circular will likely decrease gradually the foreign assets of the commercial banks; noting also that circular 154 had obliged banks to increase their capital by 20% by February 2021. 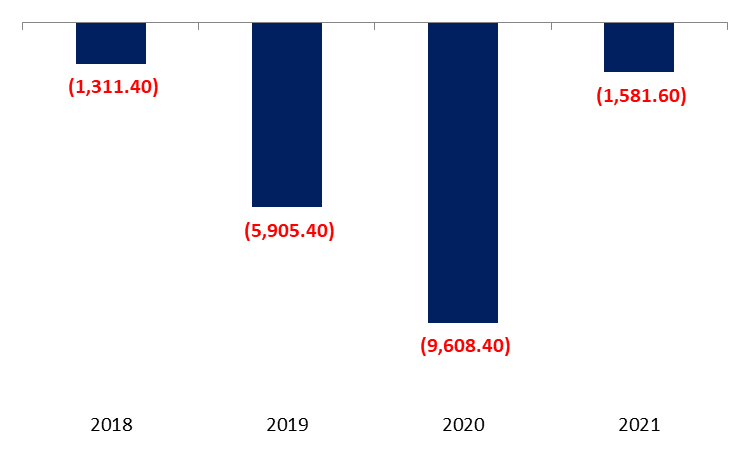 Daily Capital Markets’ Performance
Public Personnel Costs down by 7% y-o-y to $2.04B on April 2021