According to the data from the Orders of Engineers in Beirut and Tripoli, the total construction permits witnessed a year-on-year (YOY) remarkable increase of 66.18% to reach 11,827 permits by September 2021. Notably, the Construction Area Authorized by Permits (CAP) soared by an annual 100.38% to 5,732,317 square meters (sqm), mainly reflecting the high interest of investors in investing in real tangible assets.

Based on the above numbers, we can conclude that, what was known as the economic center of the Middle East, “Beirut” is suffering as the real estate project in the city has decreased significantly. The government should have a plan to revive the city and attract foreign investors by giving them some initiatives like tax exemptions and other facilities. Furthermore, foreign investors can now benefit from the devaluation of Lebanese lira and the low cost to make a profitable real estate investment in the city.

Number of Construction Permits by September 2021 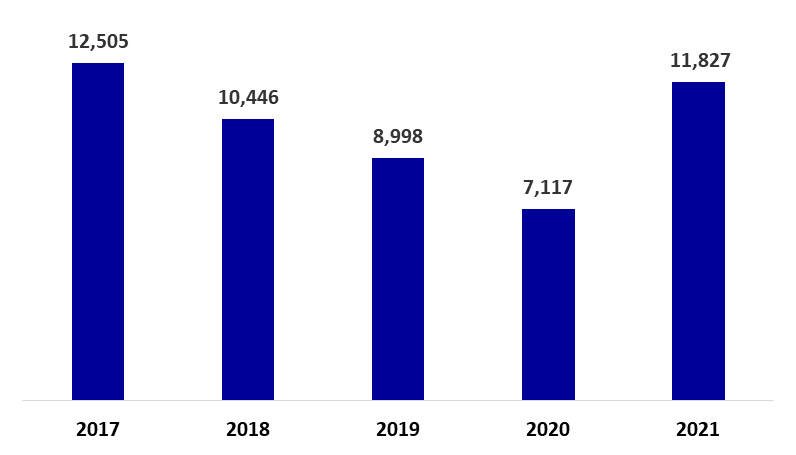