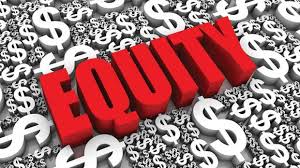 The Beirut Stock Exchange followed the declining trend in the global market; however, to a lesser extent. The BLOM Stock Index (BSI) lost 0.43% to close at 1,169.79 points. The average traded volume went from 175,480 shares up to 181,434 while the average traded value slid from $1.49M to $1.12M. As for the market capitalization, it narrowed from last week’s $9.72B to $9.67B. Worth mentioning that Bank of Beirut issued new shares, “Series 2014 Priority Shares”, which were listed on the 16th of October on the BSE.

Among the Arab world, all bourses closed in the red except that of Tunis which gained a weekly 0.28%. In contrast, Dubai’s stock exchange, Saudi Arabia’s bourse and Egypt’s stock market were the worst performers plunging by a weekly 13.60%, 12.02%, and 10.03%, respectively.

Back to the BSE, the banking sector contributed for around 83.21% of total traded value and was followed by the real estate sector and the industrial sector with contributions of 16.72% and 0.07%, respectively.

With no improvement on the political security, and economic fronts, the performance of the Lebanese stock market is presumed to remain weak.