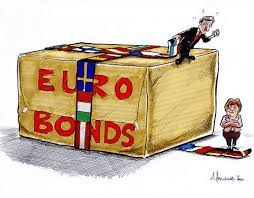 Lebanon’s Eurobonds market performed poorly during the week, where the BLOM Bond Index (BBI) fell by 0.35%, to settle at 107.92 points. The gauge posted a 2.15% year-to-date (y-t-d) increase. The falling off of the Eurobonds market can be attributed to a weekly increase in 5Y and 10Y yields of 8 basis points (bps) and 3 bps, respectively.

The continuous slowing of the worldwide economy and failures of stock markets internationally has driven up the demand for safe investments. In the U.S, the return to the bonds market sent the 5Y and 10Y U.S yields down by 19 bps and 17 bps to 1.39% and 2.17%, respectively. Correspondingly, the 5Y and 10Y spreads between the Lebanese Eurobonds and their U.S benchmark respectively widened by 27 bps and 20 bps to 383 bps and 407 bps.