According to the data from the General Directorate of Land Registry and Cadastre (LRC), the number of Real estate (RE) transactions which may include one or more realties, went up by a yearly 769% to stand at 17,997 transactions by February 2022. In its turn, the value of total RE transactions stood at $2.69B by February 2022, compared to $290.26M in the same period last year, up by 829.31%. The massive yearly increase is due to last year significant market interruptions amid pandemic restrictions. Moreover, compared to year 2020, in which there was no epidemic, the increase is remarkable driven by higher demand as RE sales fees are to be calculated at the Sayrafa rate in the new proposed budget.

RE transactions by February 2022 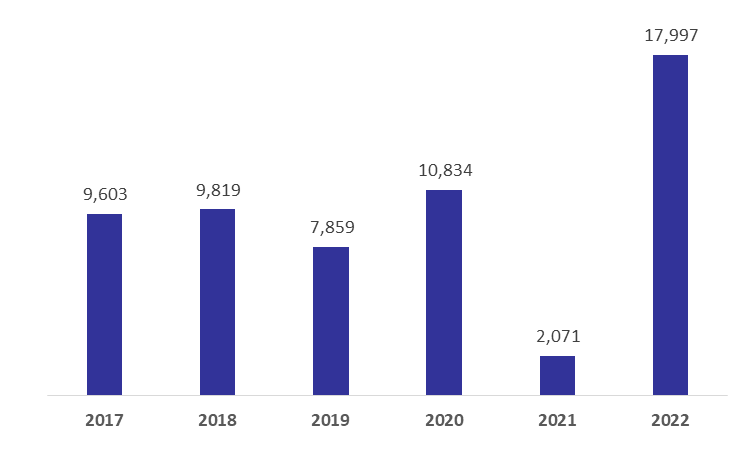