The Association of Car Importers in Lebanon (denoted as AIA) stated in its recent automotive report that “The continuous Downfall of New Cars Registered in Lebanon since 2018 to reach in June 2022 a dramatic drop of 84%. This will lead to the closing down of a number of companies and is causing the licensing of a large number of their employees and workers”.

However, the number of sold vehicles registered a 31.02% increase yearly to stand at 2,800 sold cars by June 2022. However, on a monthly basis, 335 cars sold in the month of June compared to 602 cars sold same month last year.

In more details, during the month of June 2022, Passengers cars were distributed as follows: Japanese cars took the highest share of 37.1%, European cars accounted for 32.53%, and Korean Cars came third grasping 20.29% of the total. Noting that the leading sellers of vehicles in Lebanon are Toyota, Kia, and Suzuki with number of vehicles sold in the month of June alone totaled 59, 53, and 42, respectively, out of 335 sold cars.

Despite cautious recovery in the cars sector in Lebanon, passengers’ vehicles sales remain way below the size of 2018. Demand for new vehicles is constrained by high financing interest rates and deteriorated exchange rate for the Lebanese currency as buying new car is most likely out of reach for the majority of Lebanese. An improving outlook for cars sector is subject to stability over political and economic situations. However, we expect that electric vehicles would gain in attractiveness over the coming period. 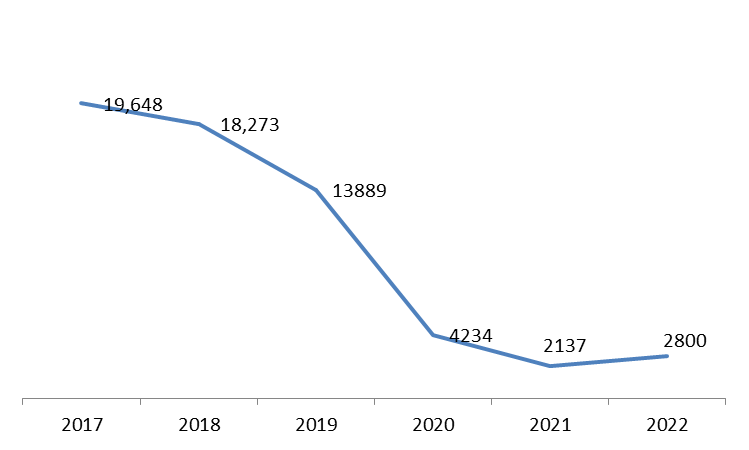