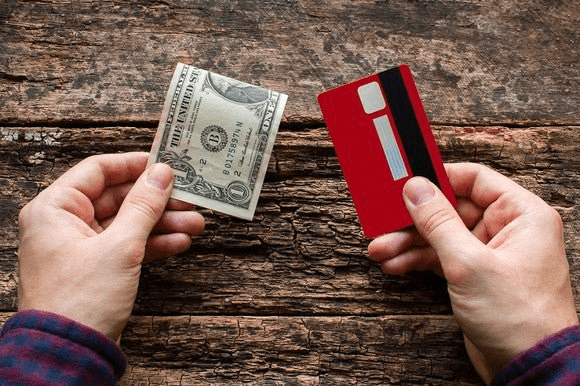 Since the Lebanese Uprising of October 2019, the banking sector ceased lending, rejected deposits and barred depositors from accessing their saving accounts. Instead, banks imposed strict USD withdrawal limits and prohibited transfers abroad, in addition, they endured a segmented payment system that distinguished between older (pre‐October 2019) dollar deposits and new inflows of “fresh dollars.” As a result, the reputation of Lebanese banks was damaged and hundreds of branches were closed.

Citizens have lost their full trust in banks, and are increasingly dealing with money transfer agencies, which were able to fill the gap. In fact, some companies are now paying salaries through money transfer agencies. Furthermore, these agencies are also offering currency exchange, credit cards and tax payment services, and they are setting up wedding gift registries.

Most money transactions related to big operations are happening from one account overseas to another. For example, when purchasing a new house or apartment, people are requesting that funds be placed directly in their accounts overseas and not go through Lebanese banks at all. 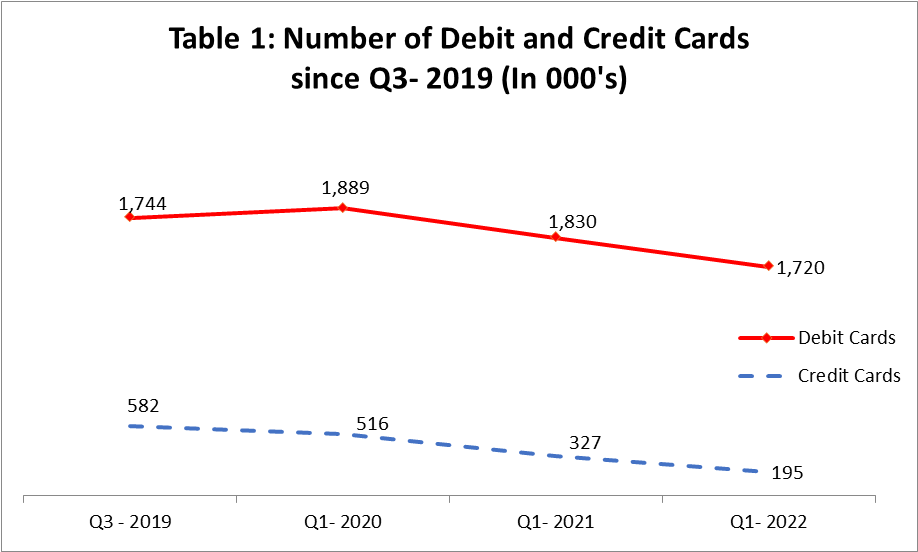 Table 1 indicates that the volumes of Credit Cards significantly decreased since the third quarter of 2019, which is understandable as banks stopped lending money after the Lebanese Uprising of October 2019, instead they aimed to cancel or suspend some borrowers’ credit cards to limit their risk. Nevertheless, the volume of debit cards increased remarkably by 145K cards in the first quarter of year 2020, as few depositors implemented the strategy to open new banking accounts and divide their saving or holding accounts into several accounts to increase their monthly USD cash limit as much as possible. Therefore, an increased number of banking accounts led to a jump in volume for debit cards. Later on, banks stopped opening new accounts and the volume of debit cards fell.

On another note, in the first quarter of year 2022, the volume of debit cards decreased despite the fact that many citizens are increasingly requesting new cards related to their fresh account. In fact, most depositors are unable to make any international transaction unless they directly deposit a cash amount in their new “fresh account”. 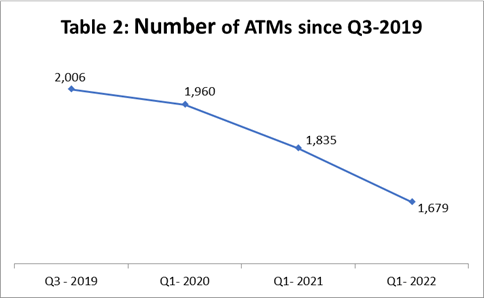 Table 2 indicates that the volume of ATMs has fallen sharply since the third quarter of 2019, as many bank branches have closed and banks are seeking to lower their expenses. In fact, ATMs require a lot of maintenance and support, which can pose a burden on banks.

The volume of points of sale (POS) has significantly decreased since the third quarter of 2019, as most establishments stopped accepting cards as a method of payment. In fact, restaurants, shops, and supermarkets stopped accepting full payments in cards; many only accept cash payments, while others are currently accepting 50 percent of the value of purchases in cash, and 50 percent through bank cards, and it is stipulated that soon enough, they might cease to accept card payments at all. Another example is gas stations as they decided to stop accepting payments for fuel via bank card.

All in all, with less credit cards, points of sales (POS) and ATMs (less plastic), people are being forced to hold and use more cash (more paper), which is also confirmed by the fact that between the third quarter of 2019 and the first quarter of 2022, currency in circulation increased from LBP 6.5 T to LBP 36.7 T.