Home » Economic Digest » Balance of Payments Deficits at $3.21B by November 2022, Double Compared To Previous Year

Balance of Payments Deficits at $3.21B by November 2022, Double Compared To Previous Year According to BDL’s latest monetary report, the BOP recorded a cumulative deficit of $3.21B by November 2022, double the deficit over the same period last year which totaled only $1.57B. Accordingly, Net foreign Assets (NFAs) of BDL fell by $3.03B, as BDL has continued to make some intervention on Forex market through the “Sayrafa” rate while the NFAs of commercial banks dropped by $175.4M by November 2022.

For a meaningful analysis, we examine the NFAs of commercial banks. For the month of November, it was dominated by the increase in foreign liabilities and a decrease in foreign assets. On the liabilities side, “Non-resident financial sector liabilities” increased by only $12.44M, to reach $4.31B, while “Non-resident customers’ deposits” added $59.86M, to reach $23.42B by November 2022. On the asset side, however, “claims on non-resident customers” dropped by $72.57M to stand at $2.15B by November 2022, while “claims on non-resident financial sector” added $122.47M to reach $4.11B for the same period, whereas other foreign assets dropped by $193M to $2.45B.

Balance of Payments (BoP) by November (in $M) 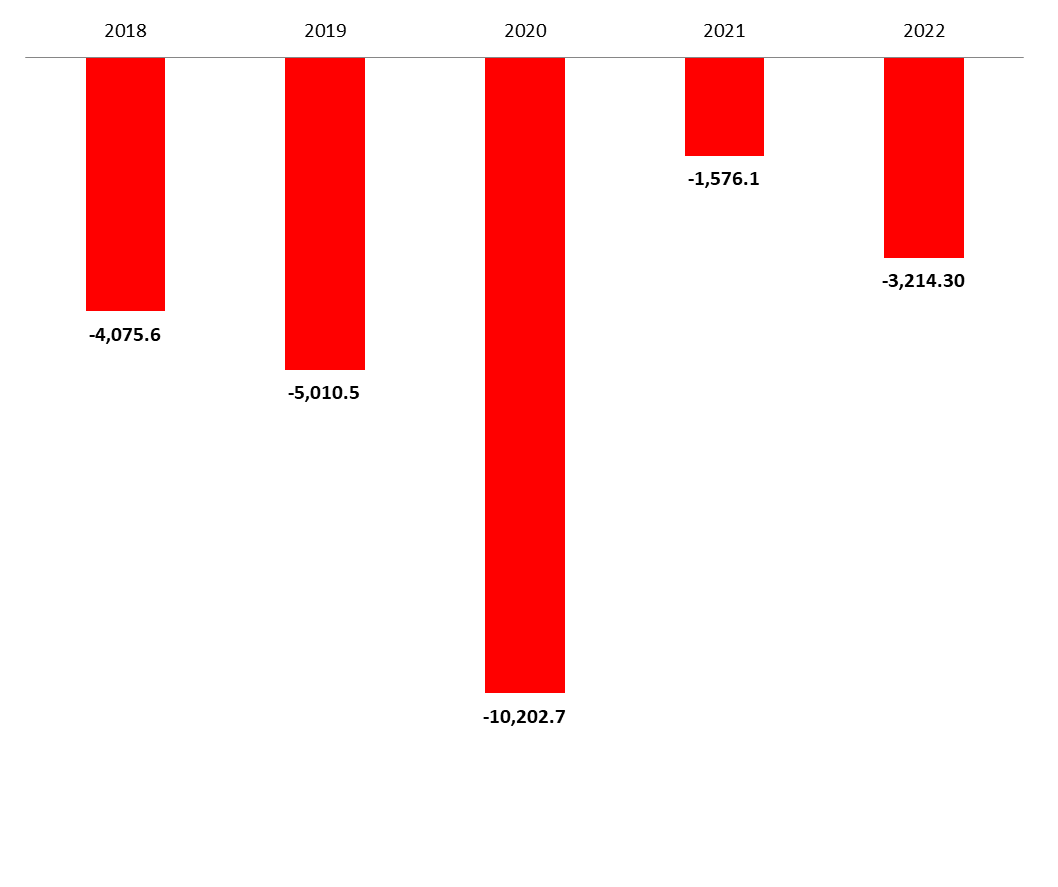