Total Imports and Exports by September (In $B) 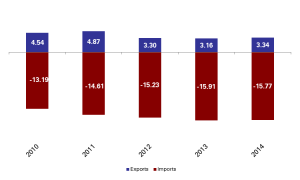 BSI Barely Moved on Thursday
ODEABANK Posts a Loss of $4.84M up to September