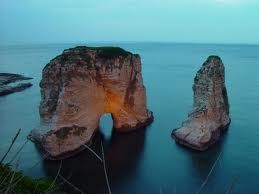 According to the Ministry of Finance’s Aid Coordination Newsletter, aid to Lebanon was focused on the water sector during the period July-August 2014. In July, 3 aid agreements worth $8.39M were designed to improve the water sector across different regions, and one agreement worth $9.90M was signed to reinforce the Lebanese security system. During August, Lebanon received 3 aid grants, 2 of which were signed with the European Union to boost water accessibility to households in Chtaura (Bekaa) and improve waste management in the Bekaa and Akkar regions. The respective values of aid received were $1.44M and $17.32M. The third and final aid agreement was signed with the World Bank and targeted the Emergency Municipal Services project with a loan value of $10M. It is also worth noting that a Lebanese delegation contracted a $474M loan from the World Bank in mid-August to increase water supplies to Beirut and Mount Lebanon through the building of dams via the Water Supply Augmentation project. Construction costs for this project were valued at $319M, while expropriation costs amounted to $155M.