Home » MENA in a Glimpse » UAE: Bearish Oil Prices Taking a Toll on the Economy

UAE: Bearish Oil Prices Taking a Toll on the Economy 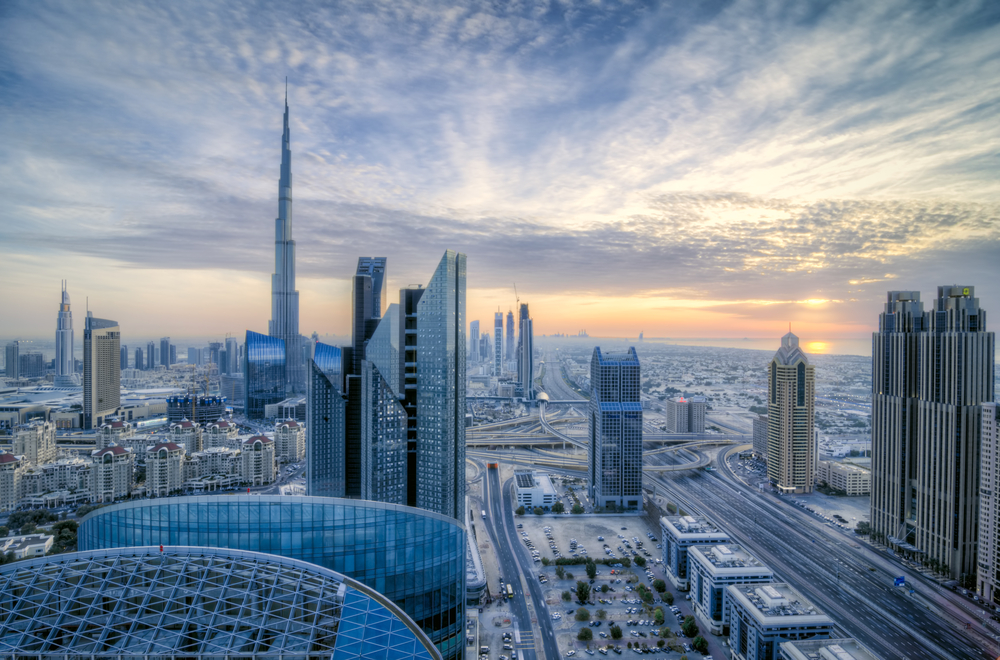 Despite the decline in oil prices, the UAE are carrying on with their ongoing projects such as Mall of the World and Dubai World Expo 2020 and continue to be the magnet for multinational headquarters within the region. Furthermore, the Emirates are positioning themselves as the cultural hub in the area, embodied through prestigious museums in the pipeline including the Louvres (expected to be completed by the end of 2015) and the Guggenheim (expected to be completed in 2017), both in Abu Dhabi. These projects are setting the path for the Emirates’ diversification strategy away from oil as the primary source of growth in response to the current tumultuous geopolitical atmosphere and fluctuating energy prices.

On the economic level, the real Gross Domestic Product (GDP) growth was projected by the International Monetary Fund (IMF) to stand at 4.50% in 2015, relatively higher than the 4.28% recorded in 2014. Since 75% of the UAE government revenues came from the oil and gas sector in 2014, and with the 60% fall of Brent crude since June of last year, official sources expect a review of growth forecasts by the IMF to 3.5%. In the same context, the UAE’s Purchasing Managers’ Index (PMI), which illustrates the performance of the non-oil producing private sector, dropped from 57.7 in March 2014 to 56.3 in March 2015. This 18-month low is attributed to slower expansion and the lowest job growth since March 2012. Looking at average inflation for the two main Emirates by February 2015, the Consumer Price Index (CPI) in Abu Dhabi rose 4.31% whereas Dubai’s CPI added 4.42% y-o-y in the first two months of the year due to rises in prices of “Housing, Water, Electricity, Gas and other Fuels”, “Furnishing & Housing equipment” and “Beverages & Tobacco” in both emirates.

Dubai International airport, the number one airport in terms of passenger traffic, confirmed the $1.20B investment in new expansion of facilities, to boost customer experience for the 110 international airlines that operate there. The number of passengers rose by a yearly 6.60% from 12.08M passengers by February 2014, up to 12.87M recorded during the first 2 months of 2015. However, Dubai’s’ hotel occupancy rate decreased by 1 percentage point (p.p) y-o-y to 86% by February 2015. Worth mentioning, the average room rate (ARR) also went down from $326 by February 2014 to $309 by February 2015. Abu Dhabi’s hotel occupancy rate wasn’t far off, holding 2nd place at 80% with an (ARR) of $235 over the same period.

The negative outlook of the Emirates external position is mainly accredited to the substantial decline in international oil prices starting Mid-2014. In turn, UAE’s current account balance (including services, income and transfers) is expected to narrow by a yearly 69.80% to $14.82B by the end of 2015. This could be mainly associated to the expected 28.72% annual tightening in the trade surplus to $81.34B in 2015. In specifics, and even though total imports are estimated to decline by 3.41% y-o-y to $242.88B, trade surplus will contract because of the 11.31% forecasted decrease in overall exports (hydrocarbons and non-hydrocarbons). The plunge in energy prices will be behind the 42.38% y-o-y fall in hydrocarbon exports to $63.15B in 2015 and is expected to outpace the estimated 2.00% annual increase in non-hydrocarbon exports to $261.07B.

Bearish oil prices impacted the UAE’s fiscal performance. Consequently, the Institute of International Finance (IIF) forecasted that the consolidated fiscal primary balance (excluding net lending) will register a deficit of $15.90B (4.3% of GDP) in 2015, down from an estimated surplus of $27.42B (6.7% of GDP) in 2014. The consolidated revenues are expected to decrease by 30.24% y-o-y to $92.64B by the end of 2015. In details, hydrocarbon revenues will be slashed from $101.42B (76.37% of total revenues) to $59.04B (63.73% of total revenues). As for non-hydrocarbon returns, they are expected to increase from $31.38B to $33.60B over the same period. In retrospect, the UAE seems to be maintaining its ongoing diversification scheme away from oil. On the fiscal spending level, the consolidated government expenditures (excluding net lending) are expected to slightly rise 2.99% y-o-y to $108.53B in 2015.