Lebanese Public Debt Remains Considerable at 146.24% of GDP by April Debt in domestic currency, representing 60.5% of total gross debt, grew by an annual 8.45% to reach $42.01B, while  foreign currency debt  escalated by 5.01% y-o-y to stand at  $27.45B, over the same period. The share of domestic debt has risen by 10 percentage points in six years as investors probably preferred to subscribe to domestic currency denominated debt for its more attractive yields.

The Net Public Debt, which deducts public sector deposits at commercial banks and the Central Bank (BdL), widened by 7.83% annually to $58.97B and recorded a 2.90% y-t-d increase by April.

Share of Local Debt from Gross Public Debt by April 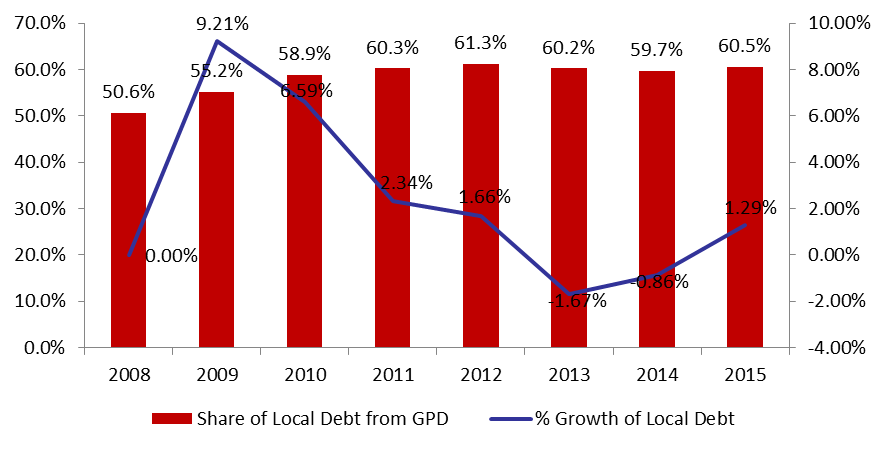