Lebanon has overtaken Zimbabwe and took the second place in the ranking of the world’s highest inflation rates after Venezuela. According to the Central Administration of Statistics (CAS), the Consumer Price Index (CPI), which gives an overview about the evolution of goods and services’ prices consumed by households, revealed that Lebanon’s monthly inflation rate surged from 10% in January 2020 to reach a dramatic level of 145.8% in December 2020. For decades, the fixed exchange rate regime has helped in maintaining average annual inflation rate at about 3% but starting 2020, Lebanon’s currency depreciated sharply and made imports much more expensive driving about half of the population into poverty.

Lebanon’s average inflation rate in year 2020 climbed to 84.27%, up from lows of 2.90% registered for year 2019. Accordingly, all sub-components of Lebanon’s consumer price index (CPI) increased over the studied period.

The Lebanese Pound has soared to an unprecedented low-level in the free market and the inflation is surging while Lebanon’s politicians fiddle rather than initiate the needed rescue and recovery to save Lebanon. Noting that, till today, BDL continues to subsidize essential goods in order to control the catastrophic effect of the depreciation of the Lebanese Pound. However, BDL’s support will definitely come to an end and the real (non-subsidized) inflation rate will go higher than ever and it may overpass Venezuela’s rate. 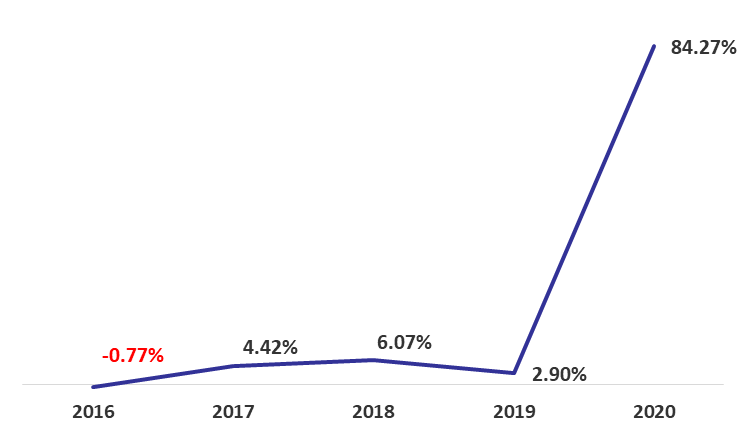