On a monthly basis, 333 cars sold in the month of December compared to 604 cars sold same month last year. It is crucial to highlight the significant uptick took place in the month of August which reflect two major events; suppliers’ behavior towards the expected customs exchange rate raise and the closure of public institutions during July.

In more details, during the month of December 2022, cars were distributed as follows: Japanese cars took the highest share of 39.33%, European cars accounted for 25.85%, and Korean Cars came third grasping 20.42% of the total. Noting that the leading sellers of vehicles in Lebanon are Toyota, Kia, and Honda with number of vehicles sold in the month of December alone totaled 67, 42, and 28, respectively, out of 333 sold cars.

Despite cautious recovery in the cars sector in Lebanon, passengers’ vehicles sales remain way below the size of 2018 and even the size of 2020. Demand for new vehicles is constrained by neglect financing or high financing interest rates and deteriorated exchange rates for the Lebanese currency. An improving outlook for cars sector is subject to stability over political and economic situations.

Growth of Registered Passengers Cars by 2022 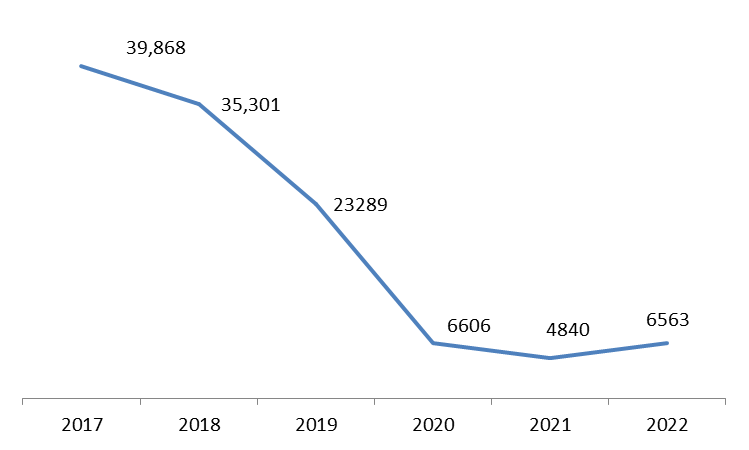