Minimum wage down by 84% amid the currency crisis 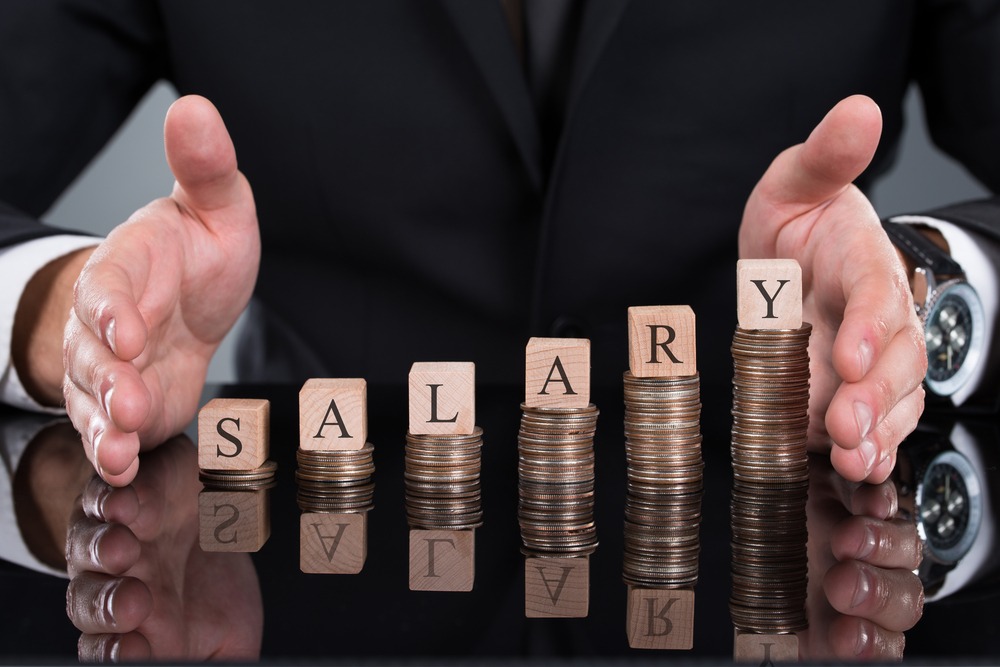 For the past two years, social unrest has been an everyday headline in Lebanon. Between the economic, health and the currency crises, the employment market is deteriorating underneath the feeble look of the State.

In this context, a Beirut-based consultancy firm “Information International” has published a study that revealed the crash of the minimum wage in Lebanon following the devaluation of the Lebanese pound. The study lists the salaries and wages as defined by Law No. 46/2017 at both the official exchange rate of 1,500 LBP/USD and the black market exchange rate around 9,400 per USD.

The study declares that the minimum wage has declined by 84% following the crash of the Lebanese pound. The Law 46/2017 sets the minimum wage at LBP 675,000 which is practically equal to no more than $72, among the lowest in the world after Afghanistan, Sri Lanka, and Angola with each has the minimum wage of $67, $62 and $58, respectively.

This decline has a remarkable impact on people’s salaries in the public sector of various ranks. For instance, a Lebanese University professor whose salary was worth $2,466 (LBP 3.7 million) before the devaluation is now worth $394. Similarly, a soldier (Grade 1) who was being paid $864 on the official exchange rate is now earning $138. The same for judicial salaries, the highest salary earned by judges has decreased from USD 6,233 to USD 995.

Needless to mention, the private sector has also been devastated by the currency crisis. According to the study, 5% of the private companies are still paying their employees in dollar currency. Meanwhile, some other institutions are paying their employees partially in foreign currency, others have embraced the rate of 3,900 USD/LBP, whilst the majority keeps paying them in Lebanese pound just like before the crisis without any change. In addition, employees in the commerce and industry sector had salaries between 1 million and 2.5 million LBP, these salaries are worth today $106 and $266.

Last but not least, the study declares that banking sector employees are among the best in terms of salaries as they get 16 salaries per year, averaging of LBP 3.4 million, worth today only USD 361.

Today, public and private sector workers are under the spotlight. Moreover, people are suffering and going hungry too. Layoffs, wage freezes and wage cuts are all results of the ongoing political conflict that sees no end in the near future. Lastly, we are stuck in a dangerous situation questioning “where are we going? What does the political class intend to do?”

Table of devaluated salaries in Lebanon: 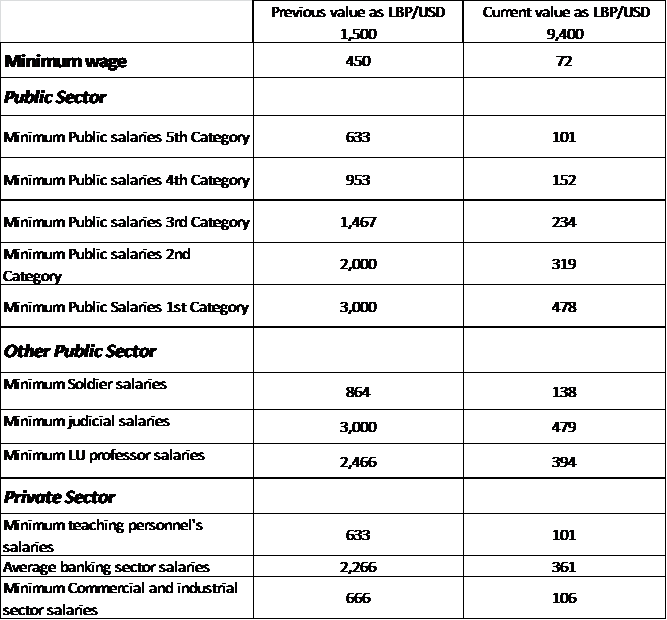 Table of the minimum wages: