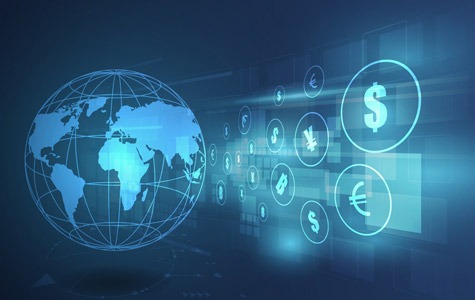 As Lebanon’s financial crisis deepened, the Lebanese became increasingly dependent on the financial support from family members abroad. In turn, the country became one of the top remittance recipient countries in the world in terms of percentage of GDP.

In fact, remittance inflows to Lebanon underline the importance of Lebanon’s diaspora to the national economy. In year 2019, remittance inflows reached their fifth highest annual level between 2002 and 2019, with a high of $7.6B in 2016 and a low of $2.5B in 2002.

Further, the World Bank data showed that the remittance inflows in Lebanon were equivalent to 18.9% of country’s GDP in 2020 compared to 14.52% in 2019. The figure in 2020 represented the twelfth largest ratio in the world. In addition, the country’s most reliant on remittance inflow in the World Bank raking were Tonga (37.2% of GDP) as well as Somalia (35.3% of GDP).

Meanwhile, some developed countries were also recipients of remittances, as France, China, and Germany were in the top 10 countries in term of value. However, remittance inflows were less than 1% of their GDP which indicates a low importance level of contribution of remittance to their economy. In the rest of the top 10 countries in the world, remittance ranged from 3% to almost 10%, the highest percentage is being related to Pakistan with 9.9% and the Philippines with 9.6%.

It is crucial to mention that most of the remittances toward Lebanon come from Arab Gulf countries, followed by North America, Western Europe and Africa. However, future inflows toward Lebanon would be subject to global or US sanctions that could put a stop to the inflows and result in socio-economic issues for the Lebanese. While remittance inflows are crucial for Lebanese people, the country should take the opportunity and leverage expats investments in productive assets. Interesting to note that study on Lebanon showed that remittance does improve the balance of payment, yet its impact is neutral on the GDP.

Value of remittance inflows in Billion dollars in 2020: 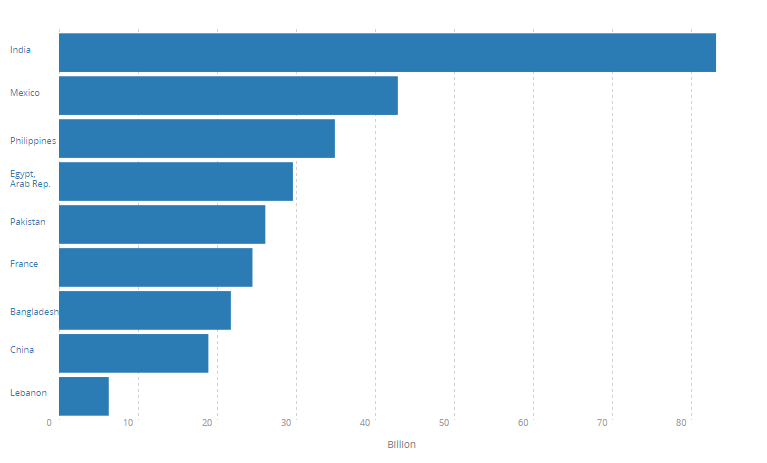