The top imported goods to Lebanon were Mineral products with a share of 22.58%, followed by 10.93% for products of the chemical and allied industries and 9.73% for machinery and electrical instruments.

In January, the top three import destinations were Greece, China, and the US with shares of 10%, 9% and 7%, respectively.

As for exports, the top exported products from Lebanon were pearls precious stones and metals with a share of 30.91% of the total followed by shares of 13.91% for prepared foodstuffs, beverages and tobacco and 11.23% for base metals and articles of base metal.

In details, the value of Pearls, precious stones and metals more than doubled in January 2017 to stand at $71.61M, and the value of base metals and articles of base metal rose by 30.76% to $26.01M. Nonetheless, the value of prepared foodstuffs, beverages and tobacco registered a yearly drop of 3.85% to $32.23M.

In January, the top three export destinations were South Africa with 18%, followed by Switzerland and Syria with a similar share of 10%. 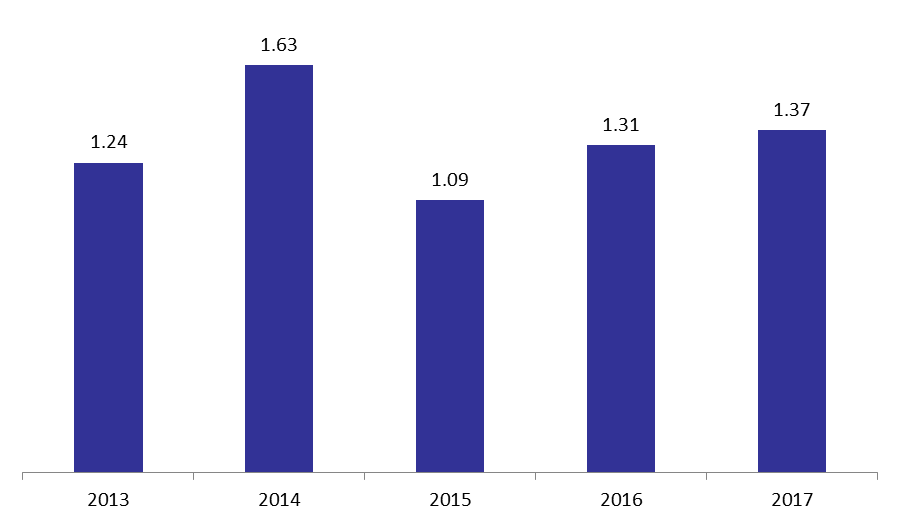