The BLOM Bond Index (BBI), a market value-weighted index tracking the performance of the Lebanese government Eurobonds market excluding coupon payments, added     0. 76% to close the week on January 02nd at 50.57 points. The BBI’s uptick outweighed the 0.31% increase recorded in the JP Morgan Emerging Markets’ Bond Index (EMBI) which ended the week at 883.16 points.

Developments in Lebanon by Jan.02nd were only partially reflected on the Eurobonds market (as revealed mainly by the BBI), noting the week extending from Dec. 30th to Jan.02nd was relatively short given the new year’s holiday. Nonetheless, the BBI managed to marginally rise and this can be attributed to the absence of substantial disruptions or social unrest across Lebanon over the holiday period. Moreover, investors closely followed up on  Diab’s consultations, noting that Diab’s efforts over the past two weeks managed to partially resolve hurdles regarding the sectarianism and the representation of parliamentary blocs involved in the government formation. Nonetheless, talks about a potential government being formed end of this week were soon diluted by social unrest which returned to the streets post-new year.

In the US, demand on treasuries added this week. In fact, investors opted for safe haven positions over the post-holiday period as they eyed two main developments: the tentative finalization of the phase 1 trade deal between China and the US scheduled for Jan.15th; however no details were shared publicly yet. Also, investors anxiously awaited the FED’s release of the minutes of its December 10th meeting today, which also raised concerns over a slower US economy and possible FED action vis-a-vis interest rates. Correspondingly, yields on the 5Y and 10Y US treasuries fell by 5 and 2 basis points (bps) to 1.67% and 1.88%, respectively, by the week ending Jan. 02nd.

As such, the 5Y spread between the yields on Lebanese Eurobonds and their US comparables rose by 45 bps to 3,583 bps while the 10Y spread declined by 8 bps to 2,002 bps. 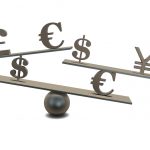 Lebanese Forex Market The Lebanese Pound (LP) continues to be steady within the official range of $/LP ... 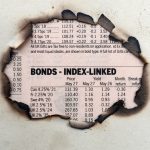